Update: 50 Cent learns more about the history of slavery and South Carolina during Reconstruction. 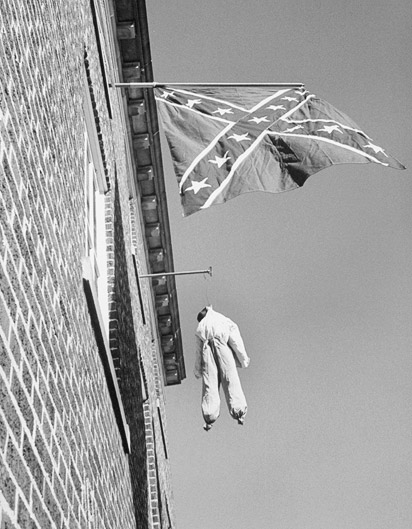 Rapper 50 Cent and MTV recently revealed a clip from his upcoming Rock Doc titled “50 Cent: The Origin of Me,” which features 50 Cent traveling to Edgefield, South Carolina, in search of his roots.  In one clip, the rapper encounters an elderly woman, who explains the significance of the Confederate Flag to 50 Cent, who appears visibly irritated with the conversation.  “People really don’t understand what’s going on at that period of time,” the elderly woman told 50 Cent. “Black citizens in this country really needs to study the history, because it’s just as much the black ancestry as it is the White ancestry.”  Despite 50’s explanation for the Confederate flag being seen as racist and why it offends many people, the woman acted as though there were no valid reasons for taking offense to it, saying that it has to do with black ancestry as well as white ancestry.   “She’s offering her truth- what‚ she’s accepted as the truth based on information given to her, but I don’t agree with it,” 50 Cent said.

The woman continued to tell 50 Cent that African and Mongolian slaves were captured and put on ships.   50 Cent politely interrupted her because he wanted to clarify what he heard: “Mongolian slaves?”  50 Cent, still remaining cordial and polite, asks her if the “Mongolian slaves” had any physical features that made them distinct from African slaves and she said there weren’t.  “Mongolian slaves?…I never heard of that before,” 50 Cent said. [source for text and source for image]

Next post: What Will Become of the Black Confederate Controversy?: A Response