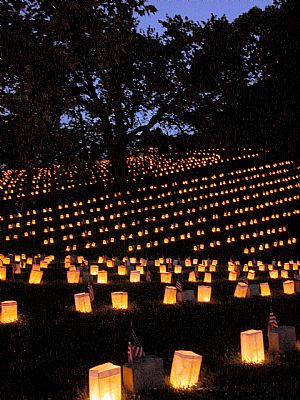 Yesterday Brooks Simpson offered a brief reflection on why he spends time at Civil War battlefields.  He also asks of his readers why they visit these places.  Back in 2008 I was invited to give the keynote address at the National Park Services’s [FSNMP] annual commemoration in Fredericksburg.  I took the opportunity to share why I bring my students to Civil War battlefields.

Though the fighting that took place here at the base of Marye’s Heights has come to dominate our popular imagination, the men who fought on the Confederate right under Lt. Gen. Thomas “Stonewall” Jackson and Major General William B. Franklin deserve our attention as well. Their deeds do not admit of such arbitrary distinctions made well after war’s end. As we walk this section of the battlefield we do our best to understand the confusion that ensued along the Old Richmond Road, the rail line, and the surrounding woods, all the while relying on the soldiers themselves to speak directly to us. We trace the movements of Major John Pelham’s two-gun crew as they deftly maneuvered to avoid overwhelming Federal artillery and fought to stave off Franklin’s columns. And we follow the men in the 11th Pennsylvania Reserves, Co. E, who took part in the only offensive of the day that resulted in a temporary breakthrough in the Confederate position and left only one man unhurt by day’s end.  Finally,we follow the 114th Pennsylvania who charged headlong into a counterattack led by the divisions of Jubal Early and William Taliafero, which eventually succeeded in securing the breach in their line.