Why Is There So Little Interest In the Civil War in the South? 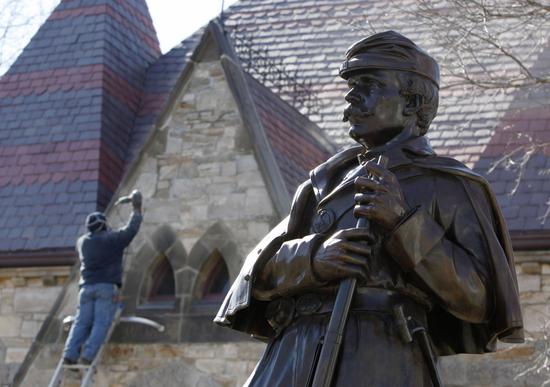 There are two Civil War Sesquicentennial memes that get bandied about without any reflection at all.  The first suggests that white Southerners are still fighting the Civil War or that they are holding onto a traditional narrative that is being threatened by various external forces.   Even a cursory glance at recent commemorative events in South Carolina suggests that the story is much more complex.  The second also plays up supposed strict regional differences that assumes a closer, more emotional need to remember the Civil War in the South than the North.

In the South, the Civil War is still big business, which got me thinking: why are the ones who lost the war trying the hardest to remember it? The Civil War devastated the South, and plunged much of the region into a century of poverty and economic stagnation, the effects of which are still apparent in many areas. The South’s relationship with the “Lost Cause” is obviously complicated, but where else in history do we see the losers commemorating a war while the winners, by comparison, largely ignore its anniversary?

Historian Peter Coclanis offers a few unsatisfactory remarks to help answer the question, but the real problem with this inquiry is that it is not at all clear as to whether we are even asking the right question.  Is it even true that Northerners lag behind their fellow Americans in commemorating the Civil War?  How should we go about measuring this relative interest?

Part of the problem is that the state of Virginia is often referred to as representing the continued interest of the entire South.  As we all know Virginia was the first state to organize a commission and is far out in front both in terms of the funds appropriated by the state as well as the range of activities that have been organized.  North Carolina’s commission is also active.  While South Carolina has received a great deal of attention over the past few months it is not at all clear whether their level of activity will continue past the commemorations of secession and the bombardment of Fort Sumter.  I hasten to add that the Southern states number more than three, but we have not heard much of anything from any of them?  It seems to me that one could just as easily right a story asking why there is so little interest in the war in the South.

But what about those damn Yankees?  We could start by looking at my future home of Boston.  While the state has been slow to sponsor a commission and it refuses to appropriate funds for events there is a wide range of activity related to the war that can be found in local institutions.  Here is a short list:

This doesn’t even scratch the surface of what is going on in the Boston area, but my point here is not to get into a numbers game; rather, I simply want to point out that there is a great deal going on above the Mason-Dixon Line if you just take the time to look.  Most of the Northern states have organized sesquicentennial commissions and some of them are very active.  Consider Pennsylvania, Illinois, New York, and Indiana for starters.

Of course, most of the activity, regardless of region, is taking place on the local level.  Those pockets of activity are being organized by folks who are passionate enough to take the time to organize events and fund raise. I suspect that it has nothing to do with regional identification.

Next post: A Fictional Depiction That Includes True Facts

Previous post: Just Another Day in the Life of the Black Confederate Soldier