A Sesquicentennial Study in Contrasts

An official count showed about 21,015 people stood in lines with waits ranging from 3 to 7 hours to see the Emancipation Proclamation, which was on display at the The Henry Ford, in Dearborn, Michigan, for 36 straight hours.  Meanwhile, the Sons of Confederate Veterans continue their quest for vanity plates in former Confederate states and even states that never seceded. 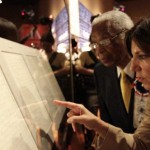 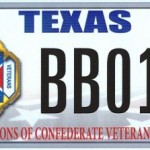