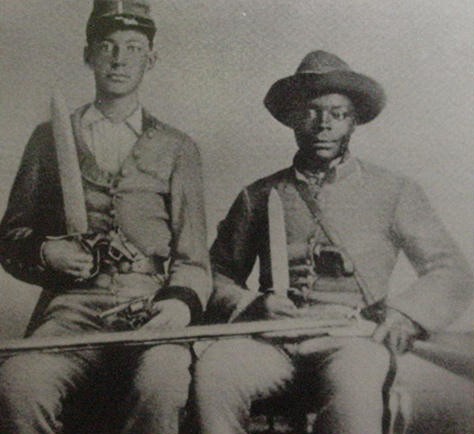 This morning I learned that my co-authored essay on Silas Chandler with Myra Chandler Sampson will be published in the February 2012 issue of Civil War Times magazine.  This just so happens to be the magazine’s 50th anniversary issue and I couldn’t be more pleased that we will be part of the celebration.

This little project has been in the works for quite some time, but it is one of the most important to me.  The essay grew out of a series of blog posts over the past year that I hoped would begin to correct the historical record as it relates to the subject of black Confederates.  Better yet, it led me to Myra Chandler Sampson, who happens to be Silas’s great granddaughter.  Myra discovered me through the blog in the course of her own tireless quest to correct the historical record of her ancestor.  She placed enough trust in me to send along a wonderful collection of archival sources, which greatly enriched my own understanding of Silas’s life as well as the rest of the family’s history through the 20th century.

Between the upcoming History Detectives episode on Silas and our own article it looks like we are one step closer to Myra’s goal of honoring her ancestor in a way that more closely reflects the available historical record.

Previous post: Is This an Appropriate Role for the National Park Service?