The Influence of “Roots” on the Black Confederate Myth

Quick Thought: I think what this shows is that the black Confederate myth is a response to a shift in popular culture rather than a response to developments in scholarship. That should not be a surprise. After all, proponents of this myth don’t read scholarly books; rather, they talk to one another on Facebook pages about “revisionism,” “political correctness,” etc. 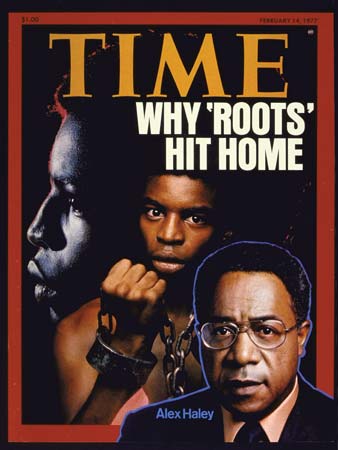 I’ve suggested that the catalyst for the most recent incarnation of the black Confederate myth can be traced to the 1989 release of the movie, “Glory.”  Well, it looks like I may need to push that back a bit by roughly 12 years.  It should not come as a surprise that highly successful television series, “Roots” pushed some in the Sons of Confederate Veterans to make a conscious effort to correct what they perceived to be a distorted view of Southern history as well as the Confederate war effort.

Thanks to Asa Hines Gordon for publishing this material Online.  I’ve met Asa at a few conferences.  He is a passionate spokesman for the history and memory of black Union soldiers.  Of course, I need to confirm the sources, but consider the following excerpts from the Reports of the Adjutant-in-Chief of the SCV:

1. Commander-in-Chief Dean Boggs has asked that the following comments on “Roots” be printed:

“This TV movie, endorsed by the National Education Association, and exhibited nation-wide by American Broadcasting Co., in my opinion, was a great disservice to our Country and the public welfare. It was the modern “Uncle Tom’s Cabin”.

It was made to appear that black tribesmen in the interior of Africa were kidnapped by white men and sold into slavery; that generation after generation of slaves in the South were subjected to the most inhuman physical cruelty; that black female slaves were ravished; that black families were broken up and sold; all by their white masters or overseers.

Millions of viewers, black and white, ignorant of history, believed this movie to be a truthful portrayal of history. As its producers and exhibitors must have foreseen, it could only produce hatred of whites by blacks, it could only have a divisive effect. Further, it slandered the South and the Southern people.

An ABC official was quoted as being “ecstatic” over its high rating for viewing audience. The damage was compounded by some school officials making the movie required viewing and the book required reading for credit for some of their classes.I have written a letter to the Chairman, Federal Communications Commission, 1919 M Street, N. W., Washington, DC, as an individual, protesting the showing of this movie, requesting an investigation, and sent a copy. to the President, American Broadcasting Co., 1330 Avenue of the Americas, New York, NY 10019. I feel this sort of thing should not be allowed to pass without objection. If you feel as I do, I hope you will do the same. Please write as an individual, not as a member of the Sons of Confederate Veterans.” [January 31, 1977]

Commander-in-Chief Dean Boggs has requested that the following information be published.

To counteract the drive of NAACP to ban the display of the Confederate Flag, the playing of Dixie, etc. and to counteract such propaganda movies as “Roots,” I have persuaded Compatriot Francis W. Springer, a historian and talented Virginia writers to write a book on the contribution of Negroes in the south to the Confederate war effort.

COMPATRIOTS! GET ON THIS PROJECT RIGHT AWAY. SEARCH YOUR FAMILY PAPERS FOR LETTERS AND DIARIES OF 1861-18 65; WRACK YOUR MEMORY FOR STORIES HANDED DOWN BY THE “OLD FOLKS”; VISIT YOUR LOCAL MUSEUMS AND LIBRARIES FOR RECORDS OF SERVICES PERFORMED BY SOUTHERN NEGROES, SLAVE OR FREE, FOR THE CONFEDERACY

Suddenly, after more than 100 years, it seems to have become “good politics” to assert that the flags, uniforms, and songs of the Confederacy are repugnant to negroes. This is childish nonsense. Politics often ignores the truth, and the truth is that the majority of Southern Negroes, slave and free, sided the Confederate war effort tremendously. Some were under arms and in combat. [February 28, 1977]

Commander-in-chief Dean Boggs has requested that the following information be published:
CONTRIBUTIONS OF SOUTHERN NEGROES TO THE CONFEDERATE WAR EFFORT

All Compatriots are reminded of the announcement in the last issue of the General Headquarters News Bulletin that Compatriot Francis W. Springer, a talented writer and historian, has been persuaded by the Commander-in-chief to write a book on the above subject.

This is to counteract the efforts of the NAACP to portray the Confederate Flag and the playing of “Dixie”, as offensive to blacks, and the propaganda line of such movies  as “Roots,” By their work on the farms, by accompanying their masters to War, and in many other ways, Southern Negroes made a valuable contribution to the Confederate war effort. After they were freed, many of them would not leave their former masters.

It is believed that the record will show that the majority of Southern Negroes made a greater contribution to the Confederacy, than the minority did for the Union.

Please forward to him all items on this subject in your family history and records, and please research your local library and any other sources available to you. [April 30, 1977]

Next post: “Those Who Fight For Freedom Are Entitled To Freedom”