It’s Never Too Late To Reconcile 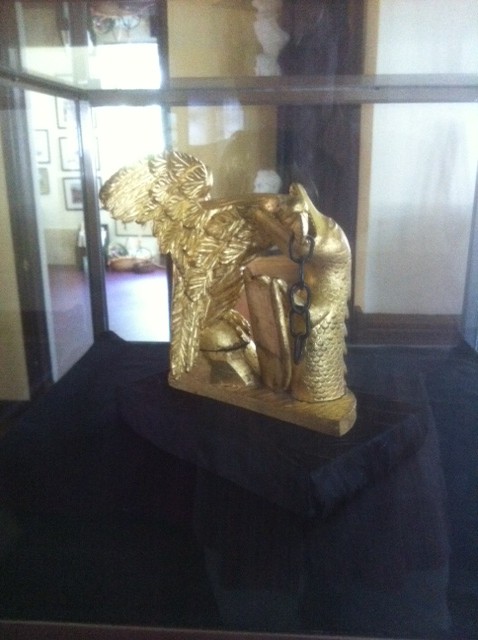 Here is an interesting story from my neck of the woods.  The Worcester Grand Army of the Republic Board of Trustees voted recently to return three captured Confederate flags to the Museum of the Albemarle in Elizabeth City, N.C. The flags were captured at the Battle of New Bern, in North Carolina on March 14, 1862, by two Union divisions manned with residents of Central Massachusetts. This latest story follows a much longer trend of reconciliation gestures between the descendants of Civil War veterans.  [I will be speaking at the North Worcester County Civil War Roundtable on October 11.]

This past Friday I spent a pleasant afternoon at the Framingham History Center located in the Edgell Memorial Library, which was built after the war to honor Union veterans. The center’s director, Annie Murphy, was kind enough to give me a personal tour of their new Civil War exhibit.  It’s not the most elaborate exhibit around, but they do a nice job of highlighting was is clearly an extensive collection of artifacts and documents.  It includes General George H. Gordon’s coat, a buts of the general sculpted by Daniel Chester French and a battle worn flag of the 13th Massachusetts.  If you are in the area you should make it a point to check it out.

What struck me, however, was an ornament that was located in Jefferson Davis’s library in Richmond until General Gordon confiscated it on April 4, 1865.  It was then sent to Governor Andrew back in Boston and eventually ended up in the hands of the Massachusetts Historical Society.

I don’t know too much about it apart from what is included in the exhibit description:

Oh, and just in case you were wondering, I know of no plans to return this to Richmond.

I am working with the staff of the Framingham History Center to organize a week-long teachers workshop on the Civil War for next summer.  Stay tuned for more information in the coming weeks.

Next post: Then And Now In Stone Mountain, Georgia