The Crater You Don’t Know 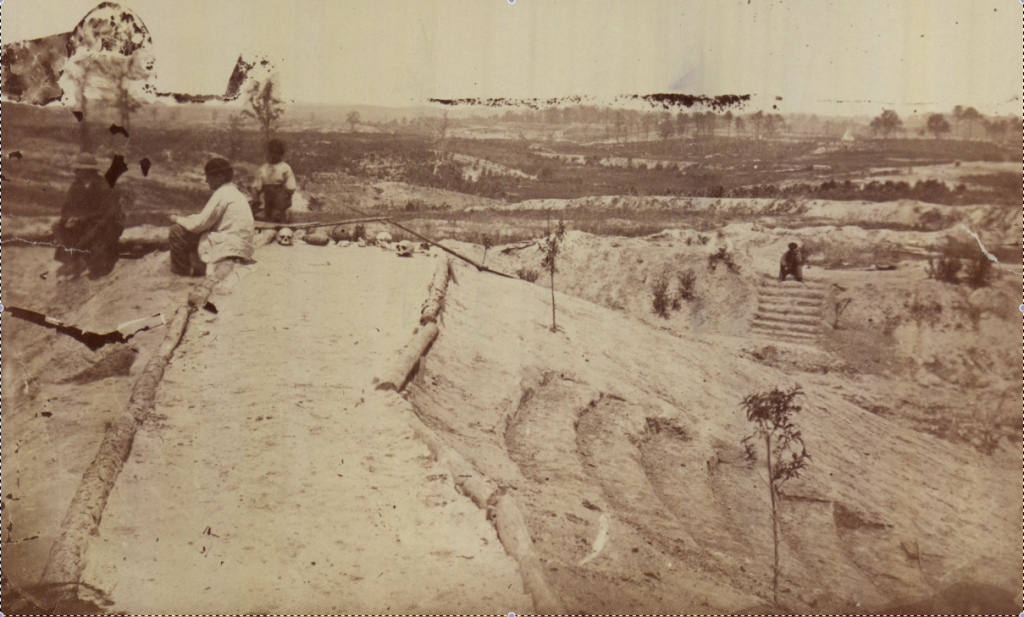 Yesterday I finalized the selection of images that will appear in my forthcoming book, Remembering the Battle of the Crater: War as Murder.  Readers will recognize a number of them, but many will be published for the first time.  They include images of the 1937 Crater reenactment that appeared in Richmond newspapers as well as a wonderful postwar image of the Griffith House, which housed a small collection of artifacts and at least one member of the family into the twentieth century.  William Griffith’s decision to preserve the area around the crater ensured that it would not be lost to development.

I am not exactly sure where this is on the battlefield, though I am pretty sure that these are Confederate lines adjacent to Elliott’s Salient, where the explosion took place.  There is another image of the skulls that will appear in the book, which can also be found in Earl Hess’s recent study, Into the Crater: The Mine Attack at Petersburg

The image above did not make the cut, but I wanted to share it with you because it represents such a sharp contrast with some of the more popular images of the landscape, many of which focus on the crater itself.  These early postwar images help us to imagine a lost landscape that has yet to be shaped by encroaching trees and the effects of a manicured 18-hole golf course that was in operation briefly in the 1920s.  If you look closely you will see at least one black individual.  Former slaves were a common sight on the battlefield collecting human remains for which they were paid based on  weight.