The Education of Eric Jacobson 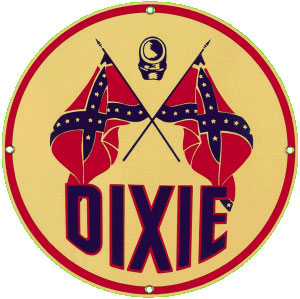 Over the past few weeks I’ve taken a front seat to an interesting debate between Eric Jacobson and the members of the Southern Heritage Preservation Group.  Eric is the historian and chief operating officer for The Battle of Franklin Trust.  His organization has taken the lead in working to educate the general public on the importance of preserving our Civil War heritage.  This debate or conversation is instructive for those of us interested in how various individuals and groups attempt to come to terms with this crucial and divisive moment in American history.  In short, consider this an exercise in a not so peaceful tango between heritage and history.

Funny enough, Eric’s first post comes in a thread that started in response to a question that was posed to me by Jimmy Shirley, who asked about why many northerners were unwilling to allow the southern states to go in peace.  I thought it was a reasonable question, but as in so many cases I simply did not have the time to go into detail with my response so I suggested he check out Russell McClintock’s, Lincoln and the Decision for War: The Northern Response to Secession, which is the single best study on the subject.  That apparently wasn’t satisfactory which led to a post on the SHPG board.

Eric attempted to offer some help, but it wasn’t long before he was challenged with some of the standard responses offered to folks who do not fall in line.  One of the officers insulted Eric with the following: “Eric A Jacobson….just another Levin Tool…. Still, this one might be worth keeping around for a bit, it does seem to be a good source to bounce theories off of….as long as he behaves like a good little boy.”  Eric later shared with the group that he had been contacted via email by the same individual: “Jimmy, Great points and worthy of sound debate. We can talk again at another point. Now this morning I awoke to a gem of a private message from one —- —-, who suggested I am involved the Aryan Nation. Now that’s a new one, but typical of ongoing ignorance and outright stupidity when it comes to discussions such as this. So I’ll be signing off now, having made an effort to have reasonable discourse.”  [Just for the record, I have never met Eric in person and the only correspondence that we’ve had took place on this blog some time ago.]

That hasn’t prevented Eric from continuing to take part in discussions and even posting his own thread topics:

I have to say that I am quite impressed with Eric’s ability to maintain his composure in such an environment, but I am sure he sees that any serious discussion is futile.  The problem is that Eric brings an alien mindset to this group.  As much as Eric hopes to explore the history the threads inevitably slide into questions that have almost nothing to do with interpretation.  He is not interested in engaging simply in a discussion about who is to blame or which side holds the moral high ground.  Eric wants to better understand certain key issues whether they be Stephens’s position on secession or how best to handle the controversy surrounding the Confederate flag.  For Eric the history is to be explored for deeper understanding.  For the members of the SHPG this is largely irrelevant given that the moral conclusions are already etched in stone.  In short, there is nothing to debate.  It’s no wonder that he is viewed with suspicion by many.

In the end, there can be no winner.  Both sides have honestly engaged the other given the assumptions about how to approach the past that they bring to the table.  Still, there is one thing that I don’t quite understand.   Eric is one of the leading Civil War preservation advocates and the SHPG claims to be founded to preserve Southern heritage.  In all of the bickering that in the end will go nowhere, why hasn’t anyone suggested a partnership of some kind between the SHPG and the Battle of Franklin Trust?  Eric has done more to preserve Southern heritage than all 1,300 members combined.  Surely they can come up with some type of project that satisfies their shared goals.

Previous post: A Holiday Thank You To the 9-11 Memorial Volunteers