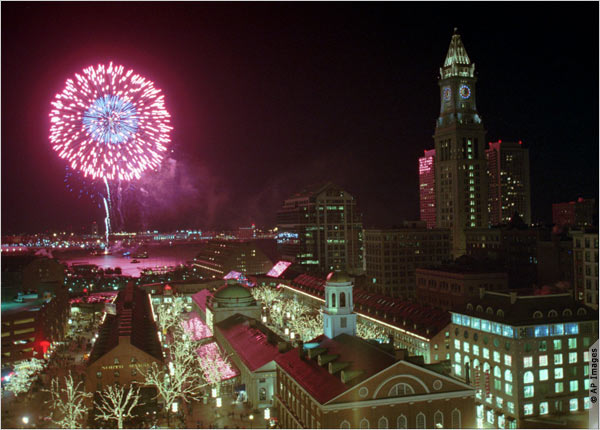 This Holiday Season has been particularly difficult for my former colleagues and students and the close knit community that is the St. Anne’s – Belfield School in Charlottesville, Virginia.  Although I am no longer working there I join them in mourning the loss of some wonderful people.  Today I learned of the death of a student from the class of 2008, who fought a long hard battle against cancer.  Katie was a wonderful student and always had a smile on her face.  No doubt, many of you heard about the horrible plane crash in northern New Jersey last week that took the lives of four members of the Beckwith family.  They were a member of the St. Anne’s – Belfield family.  My thoughts go out to the families and friends during this very difficult time.

I have quite a bit to be thankful for as we close out 2011.  It’s been one hell of a year.  First and foremost, my wife and I celebrated our ten year wedding anniversary.  In March I learned that we would be moving to Boston to take advantage of an exciting career opportunity for my wife.  The transition was incredibly smooth and I absolutely love living in the city.  It’s never boring when you are married to an incredibly talented and ambitious woman.  I haven’t gotten as much writing done as I anticipated, but I am making progress on a number of fronts.  In a few weeks I will begin the process of trying to secure a teaching position for next year, but I am still leaving my options open.  I’ve made a number of connections in the area so it’s anyone’s guess as to what I will be doing in the coming months.

I am in what I believe to be the final stages of getting the Crater manuscript ready for publication.  The press sent me the final edits last week and I should have it completed by Jan. 13, which will be followed by the indexing and review of the final proofs.  It should be smooth sailing from here on out.  The book listing at Amazon

has a June 21 release date, but I am hoping that it will be available earlier.  Thanks to those of you who have already purchased it.  It means a great deal to me.

In addition to getting the ms. ready for publication I am working on a number of other projects that I hope to finish by spring.  The first is a historiographical essay on the war in Virginia in 1861 for a 2-volume collection that is being edited by Aaron Sheehan-Dean.  On the black Confederate front I was recently asked to write an essay for The Journal of the Civil War Era, which I hope to complete by the end of January.  In addition, I hope to get back to work on researching my regimental history of the 55th Massachusetts Volunteer Infantry.

And Now to the Books…

Best Campaign/Battle Study: n/a [This is the first year that I haven’t read a single battle/campaign study.]

Best Union Study: Barbara Gannon, The Won Cause: Black and White Comradeship in the Grand Army of the Republic

Bonus Category: I’ve read quite a bit about my new home of Boston and this one is well worth checking out: Michael Rawson, Eden on the Charles: The Making of Boston

Congratulations to the winners!

Thanks once again to all of you who make it a point to stop by on a daily basis.  I wish you and your families all the best in the coming new year.

Next post: Newt Gingrich Pushes For Monument at the Crater Battlefield