“[T]he enemy of Civil War history is everything people think they know about the conflict.” — Ed Ayers. 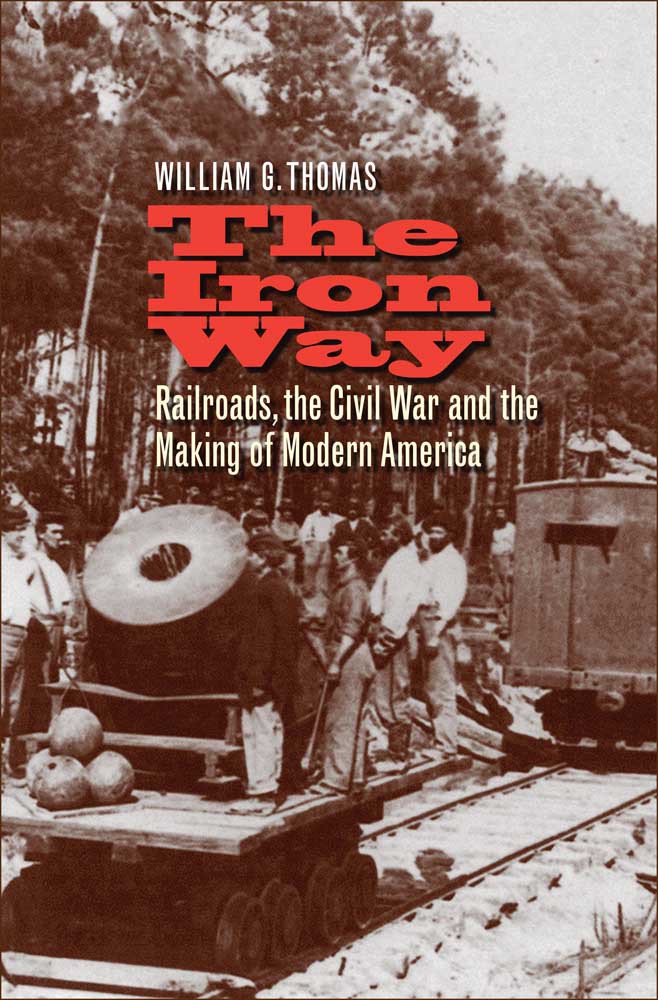 Thanks to everyone for the emails and comments about my most recent op-ed in the New York Times Disunion column.  Yesterday I took some time to catch up on some old posts.  What I value most about the Disunion site is its continued emphasis on introducing top-notch scholarship to a broad general audience.  Anyone who follows this column from its beginning through to 2015 will surely walk away with a firm grounding in Civil War history.  A few readers have suggested that the best articles ought to be collected in book form or in some other format and I couldn’t agree more.  They make for ideal high school level readings.

One of the best reasons as to why this site is so important can be found in William Thomas’s recent essay on how Southern railroads utilized slave labor.  I’ve mentioned Will’s book, The Iron Way: Railroads, the Civil War, and the Making of Modern America

, a number of times and even included it in my “best of 2011” list.  Thomas’s research expands our understanding of how slave labor was utilized beyond the fields, its profitability, and its place within Americans’ understanding of their own exceptional place on the world stage.  In short, it reminds us of why revisionist history is so important to our understanding of the past.  Consider the following responses from a few readers:

In addition to the ownership by corporations, which I knew but had no idea it was apparently so extensive, it is astonishing (and appalling) that slaves could be used as collateral for loans. Thanks for another interesting and informative article in this series.

Wow, mention of corporation-owned slaves is just not in our school textbooks. How was their existance different than the agricultural/farm slaves? The Ballton’s experience would make for a fascinating film. truth can be stranger than fiction.

Wait a minute, does this mean that a substantial percentage of slaves were owned by corporations? All my life I have never heard of slaves owned by anyone but individuals. By families. What was it like to be owned by a corporation? Were the enslaved on average treated the same, better, or worse? Are there any corporate equivalents to the stories of slaves who chose to take care of their owners possessions when Union troops appeared?

I love the sense of surprise that comes through in their responses.  For most people history is made up of a set of stories, some of which are more closely guarded than others or are more popular within a certain community.   Depending on when and how these stories are learned can determine the response to the introduction of new information.  In the case of the Civil War era many people want nothing more than to hear the same stories told well.  In this case the reaction to new interpretations is often accompanied by a defensive or dismissive posture.

If we can manage to step back, however, from our own personal investment in certain stories we can appreciate and even celebrate the introduction of new information and how it effects our understanding of the past.  It has the potential to challenge some of our most deeply engrained assumptions about what happened and why and new questions arise that beg for further research.  In this case this brief column forces readers to step away from their popular images of slavery from “Gone With the Wind” or their high school textbooks and further assumptions about the master – slave relationship as well as the future of slavery in 1861.  This is revisionist history at its best.