Southern Heritage is Alive and Well in Upstate New York 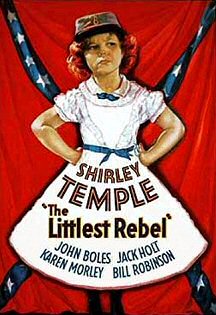 I had a wonderful time earlier this week in Batavia, New York, where I presented a talk on the battle of the Crater.  Around 70 people showed up for a two-hour presentation.  I spoke for the first hour and fielded questions for the second.  The audience was engaged throughout and asked some excellent questions.

Before the talk I had a chance to chat with a gentleman who sported both a t-shirt and cap with a Confederate flag.  I asked him about his interest in the Confederacy and expected him to say that he was born further south or that he had lived in a southern state at one time.  No, born and raised in upstate New York.  I pressed him a bit further and he did mention the history of Town Line, New York, which voted to secede from the state in 1861.  He asked me whether I believed Confederate soldiers deserved to be officially recognized by the federal government on Memorial Day and I did my very best to avoid giving an answer.

If you are confused, don’t be.  We would do well to remember that many of our most cherished images of the South and the Confederacy are the result of marketing efforts located in other parts of the country.  Karen Cox explores this in her recent book, Dreaming of Dixie: How the South Was Created in American Popular Culture.  Here is a concise overview from H-Net:

Using popular songs, advertising, radio shows, movies, and travel literature, Cox investigates how non-southern Americans came to understand the South in the period from the late nineteenth century through World War II.  Although southerners sometimes had a hand in this process, Cox argues, it was largely non-southerners who marketed and disseminated what the nation came to understand as Dixie. Through a catalog of stock southern images, Madison Avenue, Tin Pan Alley, and Hollywood perpetuated the idea of a romantic, premodern South that appealed to non-southern Americans grappling with the challenges of a modern, urban, industrial world. Southerners, too, capitalized on the connection between mass culture and consumerism and provided non-southern tourists with exactly what they expected of Dixie. These images, of course, also helped sustain beliefs about race that cemented Jim Crow as the southern racial status quo. Ultimately, Cox concludes, “‘Dixie’ was not simply a reference to a region” (p. 36). It was an idea, it was a brand, and, she contends, it was shaped outside the South.

I never did get a sense of why this gentleman so closely identified with the Confederate flag, but that really doesn’t matter.  Dixie Outfitters markets to everyone.