A Book That Should Matter More 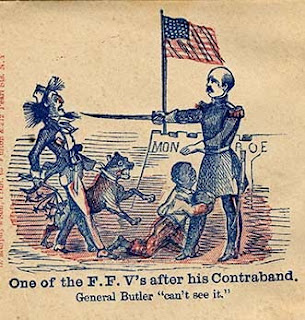 I just finished The Peninsula Campaign and the Necessity of Emancipation: African Americans and the Fight for Freedom

by Glenn David Brasher.  It’s a must read for anyone interested in military history, the process of emancipation, and especially the controversy surrounding black Confederate soldiers.  In regard to this last area of interest it is just the kind of study we need.  Brasher takes seriously the evidence pointing to black participation in Confederate ranks and he offers what I believe are very reasonable interpretations of how they were used and why they constituted such an important part of the Confederate war effort.  It is a solid study.  My hope is to write a formal review some time next week for the Atlantic, but for now let me make one quick point.

As important as this book is to the public debate surrounding BC, it is unlikely to have much impact at all.  People don’t read books.  If they want information they go to the Internet.  It comes down to the fact that print sources play almost no role in this controversy.  This is not meant as an argument against traditional monographs, but it is intended as a call for more of us to find ways to engage a much wider audience through a digital format, especially when the subject matters.

Wouldn’t it have been nice if Joy Masoff clicked on a link to a site that contained the quality of analysis and information contained in this book rather than a Sons of Confederate Veterans site that led her to claim that an entire battalion of black soldiers fought with Stonewall Jackson.