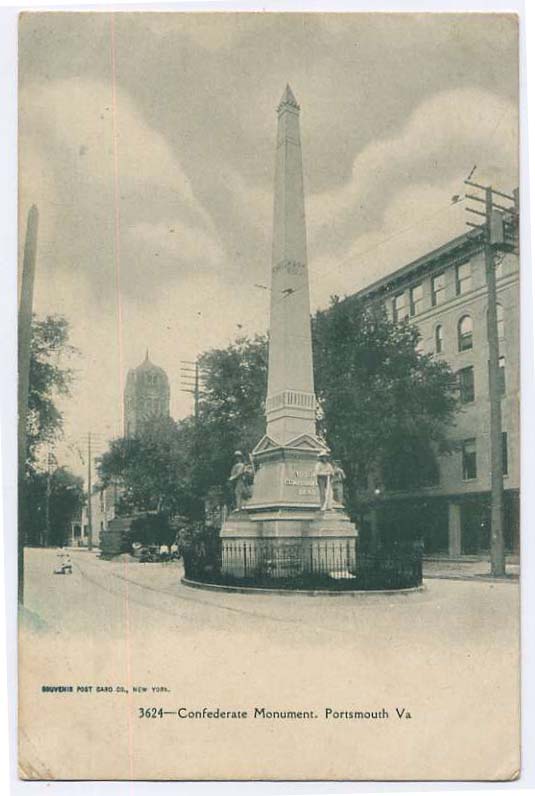 Whereas the history of the Civil War has at times, understandably but mistakenly, been seen as a battle between regions . . .

Whereas in reality the dedication to Union and Emancipation was shared by millions of Americans north and south . . .

Whereas there were many in the states that formed the Confederacy “who in the darkest hour of slavery kept alive in their souls a love of manhood rights, justice, and the unity of the United States of America”

Whereas these men and women who risked everything to preserve the Union are rarely remembered as much as they should . . .

Whereas in Virginia especially, support for Union was so pronounced that the state split itself in two . . .

Whereas many of the people of present day Virginia can also look to the family histories of Unionism of which they can be proud . . .

And whereas the city of Portsmouth was, for much of the war, a haven for Virginia’s Unionists, both black and white . . .

Be it resolved that the City of Portsmouth through its History Commission. . .

Declare May of this year to be Southern Unionist History Month,

Encourage other localities in Virginia and the Commonwealth itself to join in this declaration, and

Provide for various events and information during May to make Virginians more aware of Civil War Unionism in and around Portsmouth, Virginia.

This week the organization asked the city council to adopt the resolution and set aside May as Southern Unionist Heritage Month.  The council was unable to vote on the resolution since it had not been placed on the agenda in time for the meeting.