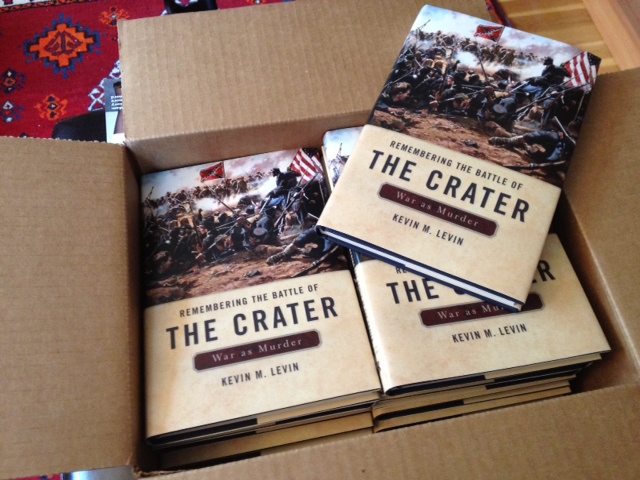 Following an exhausting seven hour drive from Gettysburg I returned home to find my author copies waiting at the door.  I actually saw the book for the first time at CWI, where I was able to sign a number of copies for some of the participants and close friends.  It made the entire trip that much more enjoyable.  I have so many people to thank, which I do in the Acknowledgments section, but let me include one paragraph that is meant for all of you.

A good deal of the material contained in this book was first introduced on my Weblog, Civil War Memory, which I began in November 2005.  The site has given me the opportunity to test new ideas with a core group of loyal readers who bring a wealth of knowledge and perspective to my work.  Rarely did a day go by that I did not receive a blog comment or private e-mail that included sound criticism or pointed me in the direction of new sources.  My readers not only helped to further my understanding of the Crater, they enriched my understanding of some of the central issues surrounding how Americans have chosen to remember the Civil War.  There are too many people to thank by name and the vast majority I have never met in person, but I hope they will embrace this book as a token of my gratitude.

The book should be officially released within the next ten days.  Thanks once again to all of you, who have traveled this road with me.  Now it is time to celebrate with the most important person in my life.