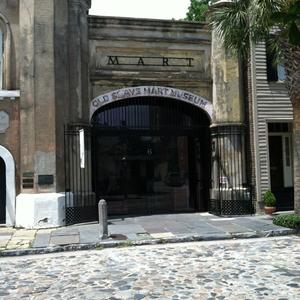 As part of my recent weekend with the Civil War Trust I took part in a tour of downtown Charleston.  The organization made arrangements with a number of guides, most of which were at least somewhat knowledgeable.  Unfortunately, my guide was an absolute disgrace and at times reckless with his interpretation of one of the most important historic sites in the city.

I guess it was an attempt to be charming, but at the beginning of the tour our guide asked us where we were from.  In my case, he called me an abolitionist scoundrel, but thanked me for his job.  I guess he was acknowledging the importance of tourism to the local economy.  This was followed by a request to the group to hiss whenever William T. Sherman’s name was mentioned.  I obliged by responding with, “Saved the Union” instead of the required hiss.  Finally, our guide insisted on asking us if discussing slavery was permitted since it is such a “sensitive topic.”  Apparently, he was unaware that his group was made up of history teachers.

So, you can imagine my concern as we walked toward the slave market.  Any guide needs to think carefully about how to present the history of the slave market based on the profile of the group in question.  The subject is sensitive and interpreters must tread carefully, but the history is crucial to understanding a huge chunk of Charleston’s history.  Instead of introducing the subject our guide asked us to imagine that we were slaveholders coming to market to purchase property.  We were to think about what kind of slaves we were interested in purchasing.  No introduction to the site.  No discussion of anything having to do with the history of slavery and race relations in Charleston.  What I couldn’t believe was that the teachers in the group actually responded to this inane question.  Finally, our guide came to me.  I responded simply: “I am not interested in buying a slave.” Once we had finished this little imaginative exercise I asked the guide if he could talk a bit about how this may have looked from a slave’s point-of-view.  He clearly knew very little.  It was a surreal experience.

At the end of the tour our guide asked if I was offended back at the slave market.  I think he was asking specifically if I was offended by the mere discussion of the subject.  Rather than share my thoughts I simply thanked him for the tour and walked away.  If you are going to Charleston make sure your tour of the city is led by a competent interpreter.  Perhaps some of you who are more familiar with the city can offer some suggestions.

This was just one guide on one tour, but I suspect that this is a case of where there is smoke there is fire.