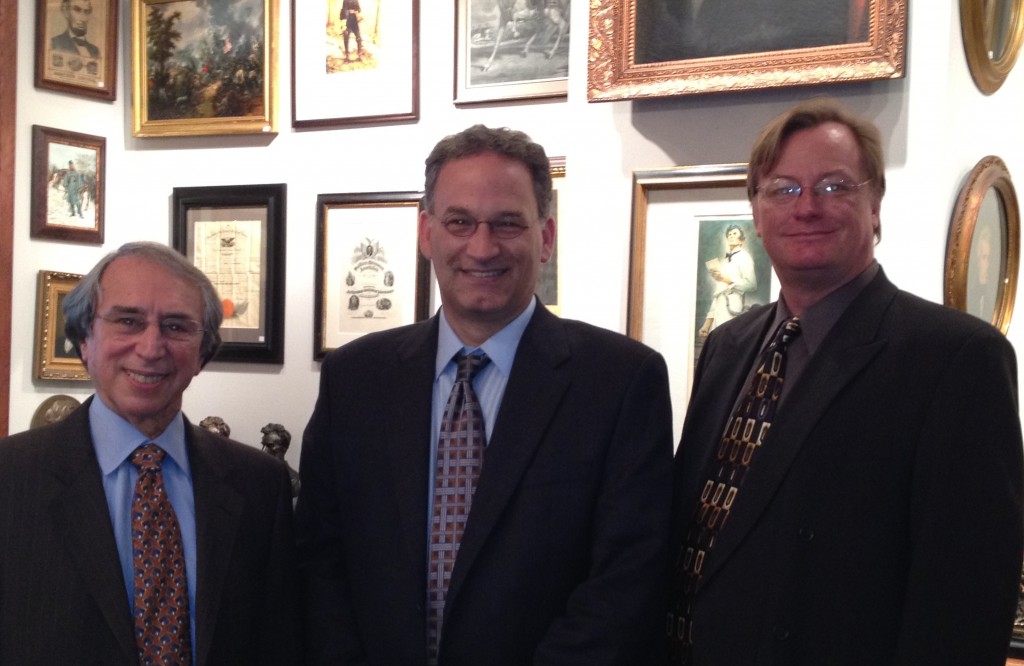 Just a quick shout out to Daniel Weinberg (l) and Bjorn Skaptason (r) of the Abraham Lincoln Book Shop for inviting me to Chicago as part of their Virtual Book Signing series.  I had a wonderful time.  Dan did a great job interviewing me along with Glenn LaFantasie.  We didn’t get into any great detail having to do with the book, but I appreciate his laid back style and the chance to reflect on some broader issues related to historical memory.  I signed around 25 copies and we even had a nice little audience in the story, which made it that much more intimate.  The store has a small number of signed copies available for purchase and I strongly encourage you to buy from them if interested.  It’s important that we do what we can to keep independent book stores like ALBS in business.  The interview should be uploaded at some point soon and will be posted here at that time.

My wife and I had a great time in Chicago, though our stay was much too short.  We did meet up with old friends and had an incredible dinner in Greek Town yesterday evening.  We did a great deal of walking and spent plenty of time looking up at the beautiful architecture.  That said, it was nice to touch down earlier tonight in Boston.  I’ve spent much of the past month on the road so it will be nice to relax and get back to a regular routine.

Upcoming Talk:  This Saturday I will be speaking and signing books at the Grand Army Hall in Scituate, MA.  The event is being sponsored by the Sons of Union Veterans and it promises to be a fun time for all.  I am going to talk about USCTs at the Crater.  My talk will take place at 11am.