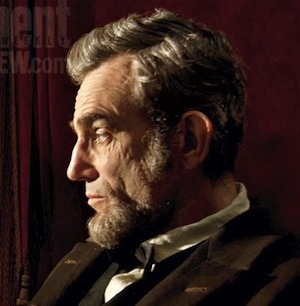 Boyd Harris of the University of Mississippi left this comment today in response to my posting of the official trailer for Steven Spielberg’s upcoming movie, Lincoln.

I’ve been saying for a month that this is going to be the Passion of the Christ for historians. Blocks of seats bought by academics and us browbeating our non-historian friends into seeing it again with us.

Boyd hit the nail on the head.  The trailer has been posted and re-posted by friends on Facebook and Twitter.  To say that we are all excited would be an understatement, but I suspect there is a reason for this that all of us can relate to on some level.  Let’s face it, despite a few exceptions that fell short of being major box office draws, most Civil War era movies (for lack of a better way of putting it) suck.

By the looks of it, Spielberg’s Lincoln has the potential to make it easier for all of us who self-identify as Civil War buffs or enthusiasts.  We all know these moments where we are pressed to explain our interest in this period and why we find it so compelling.  This movie has the potential to supplant Ron Maxwell’s melodramatic and juvenile movies, which are commonly tossed about as the best in Civil War era movies.

I will bring the same kind of critical stance that I bring to any Hollywood movie that attempts to interpret the past, but I will not be counting buttons, judging the accuracy of uniforms or even counting moments that deviate from what I acknowledge as mainstream Civil War historiography.  I want to see an entertaining movie that drives home what was at stake in the war and presents an intelligent and absorbing portrayal of our sixteenth president.

Next post: Feeling Left Out of the Antietam Festivities?