Scalia on the Legality of Secession

A few years ago a screenwriter, Dan Turkewitz, solicited the opinions of all nine Supreme Court justices on their views of the legality of secession.  Apparently, Turkewitz was working on a screenplay in which the state of Maine attempts to secede from the United States to join Canada.  Only one justice responded and it turned out to be, arguably, the court’s most conservative member. 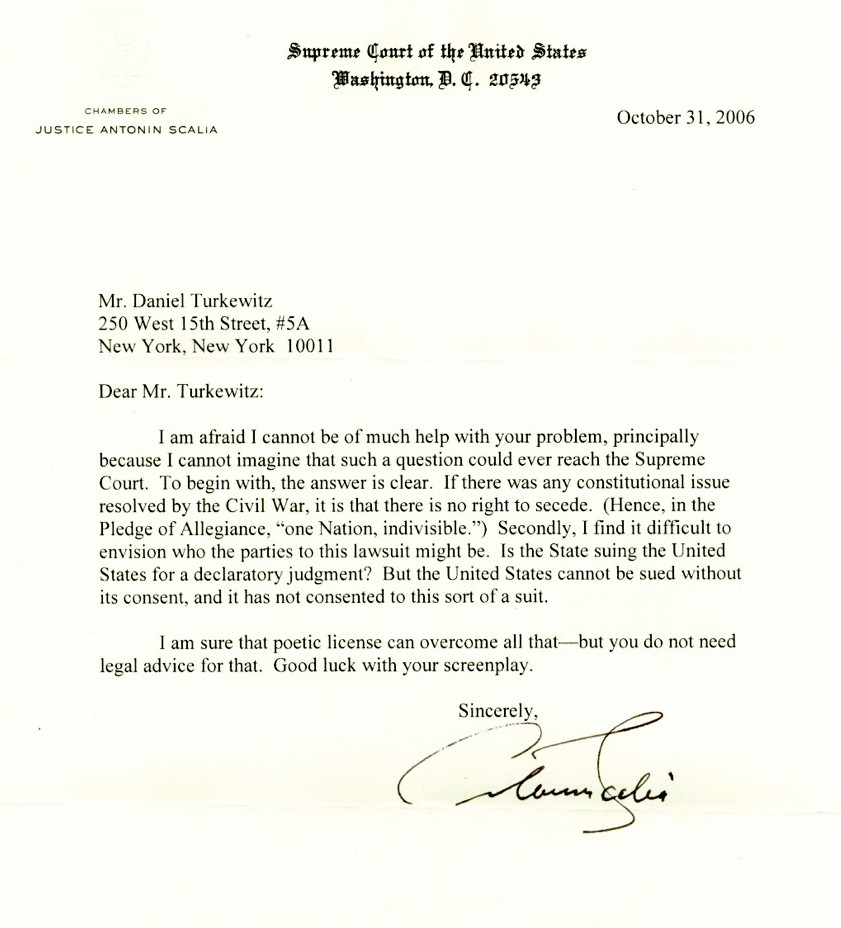 And there you have it.  What value you place in Scalia’s response is entirely up to you.  Like I’ve said before, I have very little interest in the question of whether a state has the right to secede from the union.  I do find it interesting, however, that the most conservative member of the court can find nothing in the Constitution that would render it legal.

Hey, there is always revolution.  [Hat-tip to Andy Hall]