Some Thoughts About Spielberg’s Lincoln 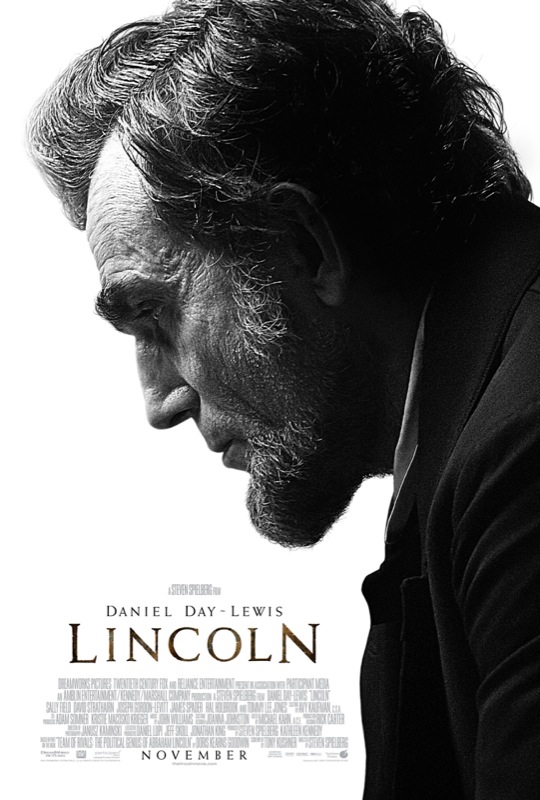 We go to the movies to be entertained and transported to a different time and place.  That certainly happened for me while watching Steven Spielberg’s movie about Lincoln and the passage of the Thirteenth Amendment. That’s not such an easy thing to do when you’ve spend the better part of the last 15 years reading and writing about the period.  Historians look for complexity and and a certain attention to detail that reflects a careful consideration of the past.  I certainly did, but at the same time we would do well to remember that these kinds of questions rarely arise when watching films about other subjects.

The film fits neatly into the Civil War sesquicentennial with its emphasis on emancipation as the central problem that must be solved as opposed to the preservation of the Union.  Daniel Day-Lewis gives us a sympathetic portrayal of Lincoln as the central actor in this drama and one that certainly deserves an Oscar nomination.  He somehow manages to make Lincoln appealing and even worthy of his place in our collective memory without mythologizing him.  Indeed, one of the movie’s strengths is that it depicts Lincoln as one player (albeit an important one) in that not-so-well-oiled machine that is the legislative process.  Lincoln does his best to help to steer the amendment through Congress with the help of Thadeus Stevens, portrayed persuasively by Tommie Lee Jones.  We see the messiness of it all, but we also get a sense of Lincoln’s and Stevens’s sincere interest in ending slavery once and for all.

Eric Foner recently criticized the film because it fails to show that it was the abolitionists, who were originally behind the Thirteenth Amendment and not Lincoln.  Kate Masur also takes issue with what she sees as a narrow understanding of how emancipation came about.  For Masur, more attention could have been given to the activities of slaves in freeing themselves and free blacks in the nation’s capital.  The criticisms of both historians should come as no surprise given their recent scholarship.  Foner recently published a wonderful biography of Lincoln and slavery and Masur’s book on emancipation in Washington, D.C. is a must read.  I am not so concerned about these supposed shortcomings.  First, the movie is not about the history of emancipation and the black population of D.C.  The self-emancipation theme is clearly visible in the opening battle scene as well as that silly scene where Lincoln is chatting with both black and white soldiers about the war.

I am more concerned about the portrait of Lincoln that the viewer is left with, which is tied directly to the time frame of the movie.  We see Lincoln at the end of a very long and at times confusing process that extends back to his early years in which he expressed views about African Americans that may be shocking for some of us to hear today.  At one point in the movie Elizabeth Keckley asks Lincoln what he thinks African Americans should do once they are freed.  If she asked that question two years earlier Lincoln likely would have advised her and others that colonization was their best option.  I point this out not as a criticism of the movie, but as an opportunity for further discussion in the classroom.  Does the movie take us a step back to the myth of Lincoln as “The Great Emancipator”?

What I loved most about the movie was the debate on the House floor.  I’ve said before that one of the most difficult things to teach is the pervasiveness of racism throughout the country at this time.  This comes through clearly in the movie as politicians argue passionately about the consequences of emancipation for white Americans.  Blacks will compete for jobs, marry white women, and perhaps one day even vote.  While the movie effectively captures the importance of ending slavery the discerning viewer will also be left with the challenges that the nation still faces.  For some it may even serve as a reminder of the level of violence witnessed in the north as tens of thousands of southern blacks made their way to cities at the turn of the century in pursuit of a better life.

Finally, it is impossible not to see this movie as commentary on our own political challenges.  If we learn anything it is that the only way to get anything done in Washington is through compromise, but that need not preclude embracing moral principles.

I went to see the movie Wednesday afternoon before Thanksgiving and the theater was fairly crowded.  The audience applauded at the end and I overheard some interesting conversations on the way out.  All in all, I loved it.