Steven Spielberg and Tony Kushner Are Not Historians 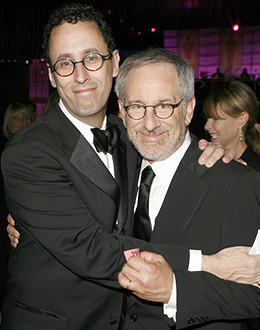 Historians are stakeholders in anything that attempts to tell a story about or represent the past.  The vast majority of these stories pass us by innocently enough, but when the most popular Hollywood director makes a movie about Lincoln we watch and listen closely.  We don’t just watch, we also feel a strong need to educate the general public and point out interpretive shortcomings in popular films.  Spielberg’s Lincoln has certainly opened up the floodgates for Lincoln scholars and Civil War historians.  Over the past few days I’ve read numerous reviews by professional historians, both in print and in my circle of social media friends.  All of them are informative even if they tend to reflect individual research agendas much more than the movie itself.

I’ve already linked to a few reviews, but for this short post I am going to refrain from doing so because my point is not to put anyone on the spot or even to suggest that criticism of a Hollywood movie as historical interpretation is not welcome.  Over the years I have done it myself both on this blog and in print.  When there are gross oversights and distortions it is absolutely essential, but at what point do such reviews come down to nothing more than historians once again talking to one another?

Beyond nitpicking specific moments such as the roll call in the House or whether Lincoln ever slapped Robert, my fellow historians have pointed out the lack of attention on women and abolitionists as well as the free black community in Washington, D.C.  I could go on and on.  Do any of these critiques help us to better understand the movie?  No.  They simply reinforce what we already know, which is that Hollywood will never make a movie that satisfies the demands of scholars.  Nor should it.  In his review of the movie for The Daily Beast, Harold Holzer shares a few remarks from Spielberg’s speech at last week’s Dedication Day Address at Gettysburg:

For a few weeks, I haven’t known quite how I would respond. But yesterday at Gettysburg, Steven Spielberg provided the eloquent answer. “It’s a betrayal of the job of the historian,” he asserted, to explore the unknown. But it is the job of the filmmaker to use creative “imagination” to recover what is lost to memory. Unavoidably, even at its very best, “this resurrection is a fantasy … a dream.” As Spielberg neatly put it, “one of the jobs of art is to go to the impossible places that history must avoid.”

As historians we need to be much more sensitive to the artistic goals of filmmaker and the limitations that those who choose to focus on historical subjects face.  In short, we need to stop critiquing filmmakers for something they are not.  They are artists, not historians.  Finally, with all of the focus on the content of the film the historical community is missing a unique opportunity to reflect on how people connect with their nation’s past.

Next post: Review of the Museum of the Confederacy – Appomattox