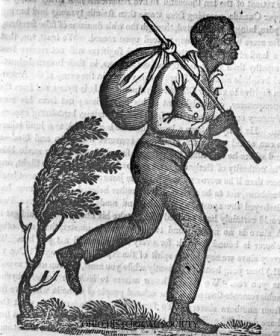 It’s always nice to hear from readers who take the time to share how much they enjoy your work.  Though it’s a bit more painful to read, I also appreciate readers who point out my interpretive shortcomings and downright factual errors.  That is just what happened in response to my essay about John Christopher Winsmith, which recently appeared in the NYT’s Disunion page.   Last week I received an email from a gentleman in Spartanburg, SC, where Winsmith was raised.  I should point out that this individual is currently researching Winsmith’s father and has uncovered a good amount of information.  Earlier this year I shared the first year of Christopher’s wartime correspondence.

In the article I point out that Christopher was commissioned as a lieutenant in Company G of the Fifth South Carolina Volunteer Infantry.  Later in the essay I noted that he was elected as captain of another unit in 1862.  It gives the impression that he was an officer throughout this period.  It turns out he was not.  I don’t mind admitting that I was just a bit startled when it was pointed out that Winsmith resigned from his position in the Volunteer Infantry in June 1861 in hopes of getting a commission in a regular Confederate unit.  That did not happen.  It means that for a significant period in 1861 and 1862 Winsmith served as a private.  He also kept his servant, Spencer, with him, which as many of you know is highly unusual.  I had forgotten about this and to say that I am just a little embarrassed would be an understatement.

A few days ago I finally located my Winsmith files where I was surprised to find that I had jotted down just that transition in rank back in 2010.  What it comes down to is that I had not refreshed myself sufficiently about Winsmith’s early wartime career when I went to write about a select number of letters concerning his relationship with Spencer for the NYTs piece.  There is nothing factually wrong in the article (Winsmith was most likely appointed to the rank of captain rather than elected.) but it is misleading.  My correspondent believes that the acknowledgement of Winsmith’s time as a private has and effect on how we interpret his relationship with Spencer.  I am not so sure about that, but I will continue to think about it.

My original goal with the letters was to see them published in the University of Tennessee Press’s “Voices of the Civil War” series.  It is an incredible collection of letters, but it’s been slow going.  All of the letters are transcribed, but still need to be edited.  The upside to all of this is that my correspondent and I are now talking about publishing the letters together.  Stay tuned.