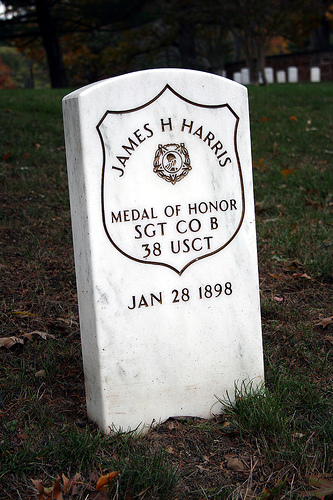 Historian Kate Masur has published another op-ed piece on Spielberg’s Lincoln in which she responds to unnamed critics of her earlier review of the movie at the New York Times. It’s difficult to see what, if anything, is new in this follow-up piece, but in reading it I think I have a better sense of what she and other academics find troubling.  First, I am struck by the fact that the movie has enjoyed close to universal praise.  Yes, there are quibbles with the length of the movie and especially the way the last rush to include a series of events leading up to Lincoln’s death at the end, but overall it looks like Americans enjoyed the movie.  Unfortunately, much of the academic debate over the movie simply ignores the groundswell of enthusiasm for this movie.

Masur uses the opportunity to once again drive home the point that Lincoln gives us little more than passive black characters that in the end are given their freedom by Lincoln and Congress.  This is not an insignificant oversight:

[I]t is now received wisdom among professional historians that African-Americans—both enslaved and free—were active participants in debates about slavery and race and that slaves’ refusal to stay put or side with their owners had enormous consequences. As Eric Foner wrote in a recent letter to The New York Times: “Slavery died on the ground, not just in the White House and the House of Representatives.”

It’s not that there are no voices of blacks fighting for their freedom, but that they are either not central enough to the story or they are the wrong voices altogether.  Consider her critique of the opening battle scene:

Even so, the scenes that feature soldiers—including the first one showing intense hand-to-hand combat and the later one in which the audience views, with Lincoln, scores of soldiers lying dead where they fell—mainly function to frame the film’s central concern: political deliberations in Washington. Violence, suffering, and death on the battlefield remind us of the stakes of Lincoln’s decisions and help us understand why he was (according to the film) tempted by the possibility of forging peace without emancipation.

I agree that they function in this manner, but they also impart a clear sense of just what was at stake for African Americans in the war and their central role in forging that “new birth of freedom.”  Masur too easily ignores this and instead offers up her own imagined scenes that she believes could have been used in the film to bring it more in line with current historiography.

Masur closes with the following:

We’re all entitled to imagine how we would make a blockbuster film about Abraham Lincoln—what scenes we’d include and what messages we’d drive home. No one, however, commands the resources, wherewithal, and audience of Spielberg and Kushner. Their power to shape our collective understanding of race and democracy is enormous. Their historical dreams and fantasies matter more than ours. That’s why it would have been nice if they had gotten this part of the story right.

Indeed, and perhaps that is what this comes down to.  What we see in this critique as well as others is the continued tension between biography and social history.  It’s not simply that Masur wants more voices, what she appears to want is a different kind of story/narrative altogether.

Previous post: Commemorating What May or May Not Have Happened