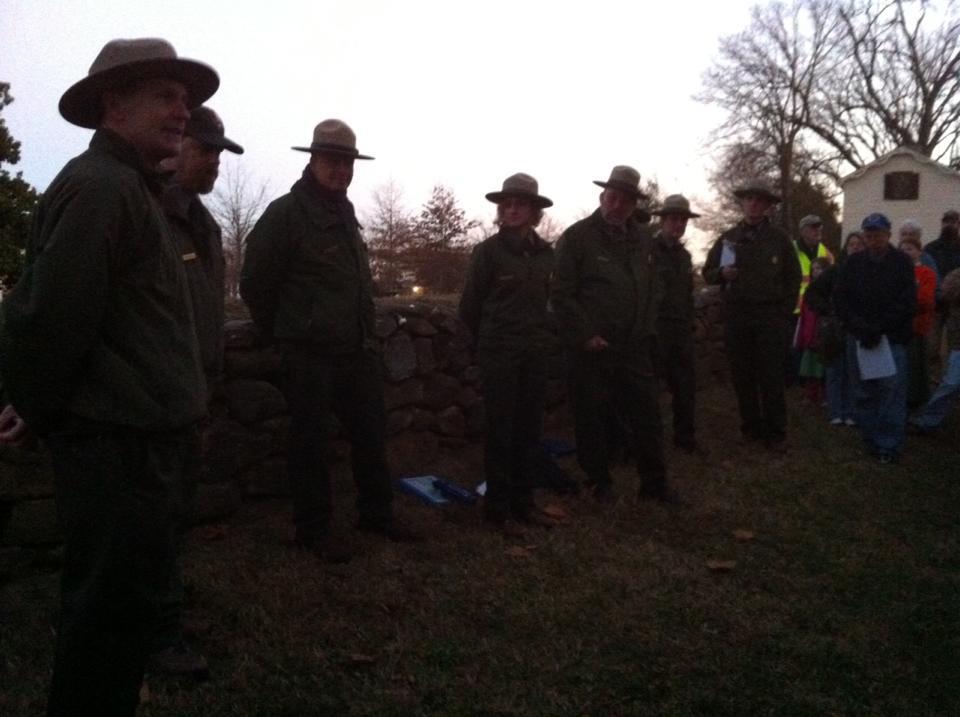 The above image was posted on the Fredericksburg and Spotsylvania County Battlefields National Military Park’s Facebook Page.  The accompanying caption reads:

We ended at a point where no Union soldier 150 yrs ago today ever reached. What a poignant end to a marvelous, powerful day. Thanks to all who came out today and followed along on Facebook. We must not forget the sacrifices that took place on these days.

I just wanted to take a second to thank all the good folks in the NPS at Fredericksburg, who have just finished up what must have been an exhausting and exhilarating week marking the momentous events that took place there 150 years ago this week.  You won’t find a more talented and passionate group of public historians.  Now get some rest because you guys are on again in five months.

Leave a Reply to bummerCancel reply