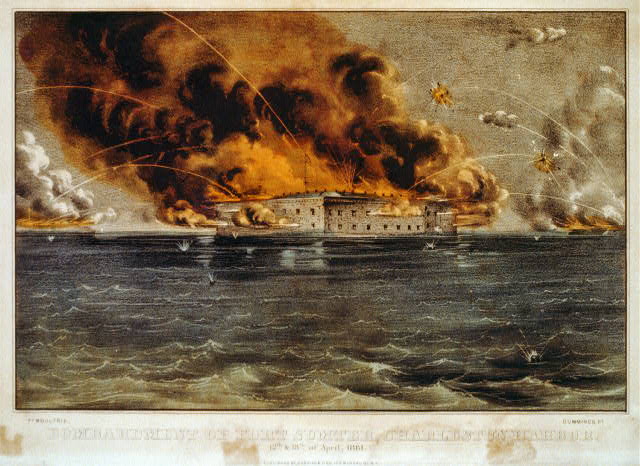 Time for a little crowdsourcing in preparation for a simulation on Lincoln and Fort Sumter that my students will perform a week from this coming Tuesday.  The overall idea is to have my students play the role of cabinet advisers and I, of course, will play Lincoln.  Since I only have nine students we should be able to have a pretty lively discussion/debate.  Yes, I am going to show up dressed like Lincoln and don’t worry as I will come prepared with plenty of responses that begin with, “That reminds me of a story…” Their responsibility is to advise me on what to do about the situation at Fort Sumter in the period following Lincoln’s inauguration. Should it be resupplied or abandoned?

I want to use the opportunity to have students consider the question from multiple perspectives and in light of recent events leading to Lincoln’s inauguration.  Based on the available evidence they will also have to argue as to the likely consequences of Lincoln’s decision for the nation.  Among other things, I want them to think about the differences between the Lower and Upper South, material differences between North and South, political differences in the North, Union, Southern Unionism, and disagreements in Lincoln’s cabinet.  Their packet will include both primary and secondary sources.  I’ve already put together a few things that I’ve used for various purposes in the past.

This is just a start, but I would really appreciate any suggestions you might have.  Please be as specific as possible and include sources.  I am especially interested in online sources because they are easily accessible.