A Glimpse Into Camp Life

This morning I noticed the following photograph in my Facebook feed.  It’s an incredible image of Union soldiers parading through their camp.  The photograph and some cropped close-up shots can be found here, but the original is located on the Library of Congress’s website.  It reveals quite a bit of detail about the layout of the camp itself. 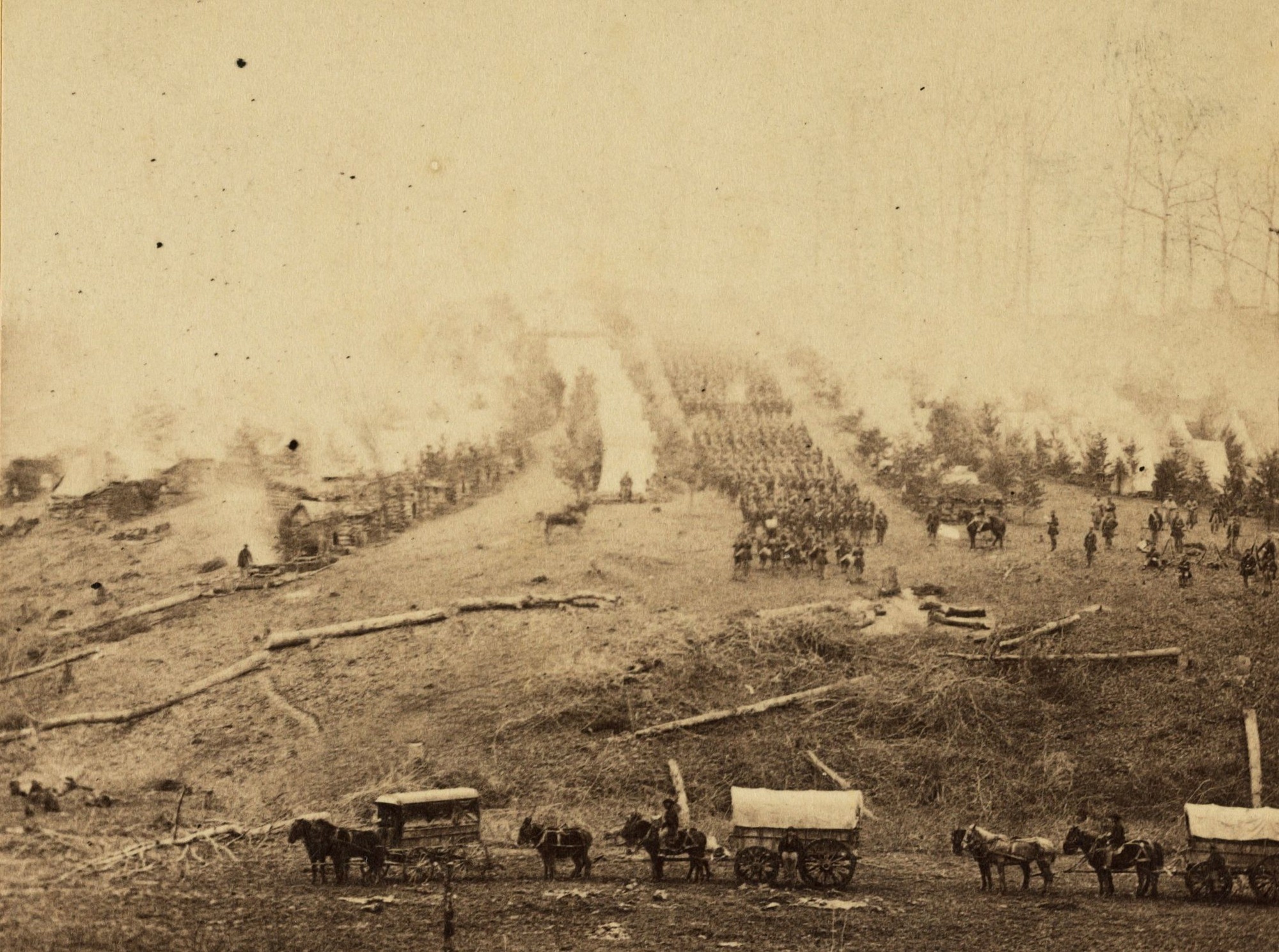 I don’t think I’ve ever seen such a wide view of a Civil War camp, but it does conform pretty well to army regulations.  Below is a diagram of a camp that was done by a historian friend of mine after a few drinks this past summer at the Civil War Institute.  Yes, now you know what Civil War historians do after throwing back a few. 🙂 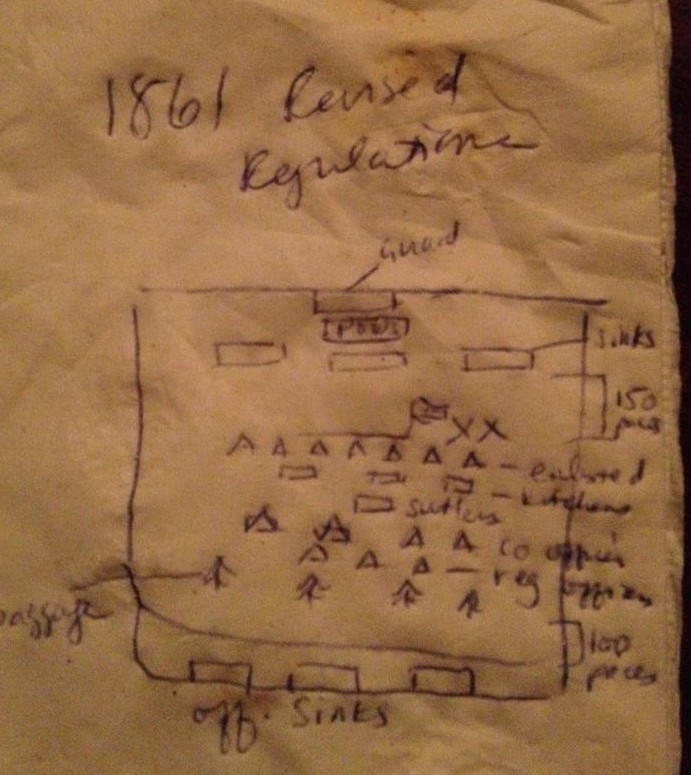