What More Needs To Be Said About Gettysburg? 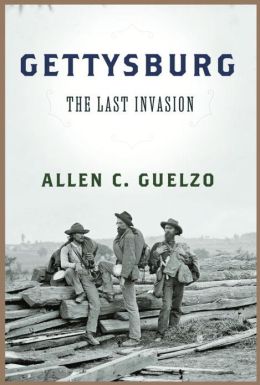 With the Future of Civil War History conference right around the corner it should come as no surprise that I’ve had Gettysburg on my mind.  I am also looking forward to a return visit in June for the annual Civil War Institute, which will focus on the battle of Gettysburg.  With the 150th anniversary just a few months away you would think that publishers would want to cash in on the general public’s interest in this specific battle.  It goes without saying that no other Civil War battle looms larger in the nation’s collective memory.

Surprisingly, however, there is very little that is slated for publication this summer.  In fact, the only full length treatment seems to be Allen Guelzo’s Gettysburg: The Last Invasion.  Brooks Simpson offers a much more concise overview of the battle in his, Gettysburg, 1863 and for those looking for a detailed study of Confederate action on July 2 there is Philip Thomas Tucker’s BARKSDALE’S CHARGE: The True High Tide of the Confederacy at Gettysburg, July 2, 1863.  And that’s about it folks.

I really thought that the major publishers, in addition to Knopf, would find some way to squeeze something out of the 150th.  Perhaps I have overlooked additional titles.  If not, have we hit a wall?

Next post: Not A Single Former Slave Involuntarily Removed

Previous post: The Future of USCTs at Civil War Sites