Let’s Recross that River and Return to Chancellorsville 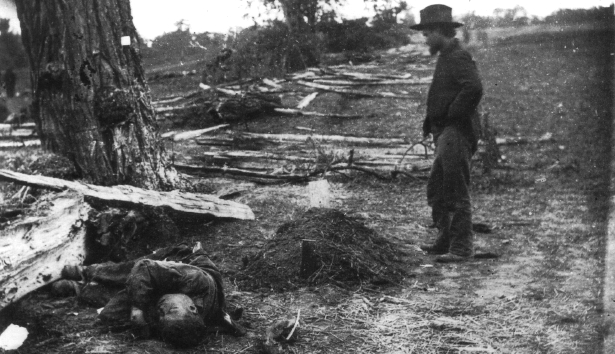 Today is the anniversary of one of the bloodiest days of fighting of the entire Civil War.  Those of you who visit Chancellorsville today will enjoy an insightful tour and interpretation of the final day’s fighting at Chancellorsville that took place in the area around the clearing between Hazel Grove, Fairview, and the Chancellor House.  The overwhelming majority of the roughly 30,000 casualties suffered that day between the two armies took place in this area on May 3, 1863.  While Stonewall Jackson’s daring flanking maneuver and its successful assault, which resulted in the collapse of the Eleventh Corps, damaged the Army of the Potomac the day ended with the two wings of Lee’s army split off from one another and facing much larger enemy forces in their respective fronts.  A Federal counterattack was still possible and Lee knew it.  Throughout the morning of May 3, Lee’s army fought to reunite its two dangerously divided wings.

Interestingly, many visitors to Chancellorsville never walk the May 3 ground or if they do they fail to appreciate its significance.  For many, a visit to Chancellorsville begins and ends at the visitors center, whose location reinforces a Jackson-centered narrative that highlights his flanking maneuver, assault, and accidental wounding on the very same ground.  You can replay the series of events that led to Jackson’s wounding at the hands of his own men and imagine to your hearts content those counterfactual scenarios that keep the general alive at least through the first day’s fighting at Gettysburg.

Our popular memory of the Chancellorsville campaign has very little room for the May 3 fighting.  It’s not that we have no stomach for the amount of suffering experienced on that final day; rather, it is that we are preoccupied with the suffering of one man.  We follow Jackson from his wounding to the amputation of his left arm to his transport to Guinea Station, where it was learned he had contracted pneumonia and where he died just eight days later.  It’s a story we love to tell and retell, but this little Civil War inspired Passion Play comes at a price.

Why are we so drawn to Jackson’s deathbed and final words?  In many ways it is a comforting scene – at least the way it is commonly remembered and depicted in popular culture.  Ron Maxwell’s interpretation of the scene is, no doubt, familiar to most of you.  Perhaps we are comforted by the fact that Jackson enjoyed what nineteenth-century Americans referred to as a “Good Death.”  He died in a setting as close to a familiar domestic setting as can be imagined during wartime; he was surrounded by loved ones at the end and; most importantly, he was able to utter a few final words that signaled an acknowledgment of the end and a reassurance that his soul would be at peace for all eternity.

Jackson’s death stands in such sharp contrast with the kind of death that most Americans faced on May 3 and beyond.  It was away from loved ones, often surrounded by the cries of fellow wounded and the torn and mangled corpses of former comrades.  Many died with no opportunity to share a final few words with friends and family.  As many of you know Jackson has two grave sites.  His arm is buried in a marked grave (so they say) close to where it was amputated and the rest of him is buried in a prominent location in Lexington, Virginia, where it is visited by thousands of Americans throughout the year.

Previous post: The True Face of the Southern Heritage Crowd