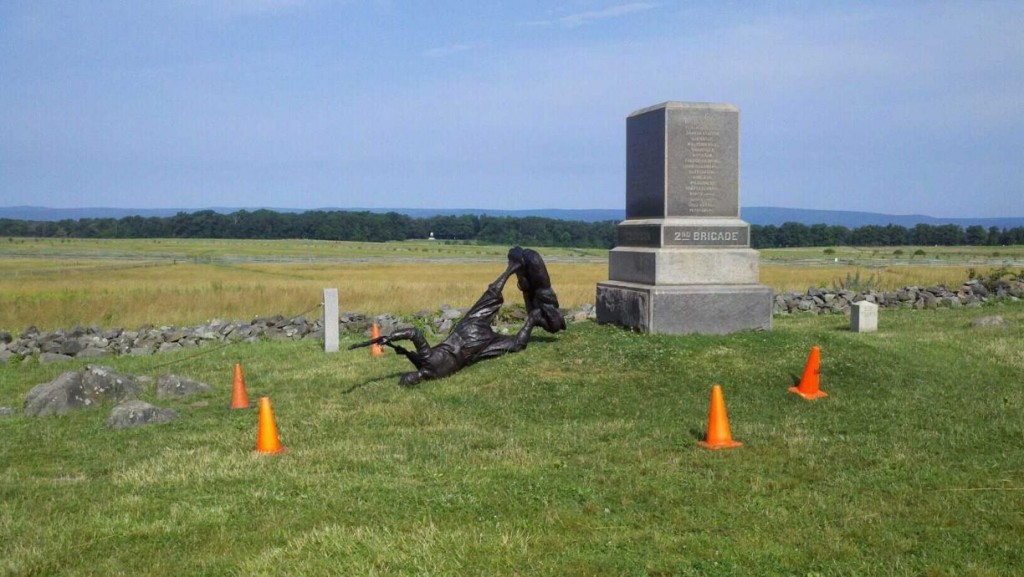 Earlier today I returned from five days in Gettysburg for the annual Civil War Institute. Like last year, I feel rejuvenated and utterly exhausted. I had an incredible experience interacting with the participants and catching up with many good friends. Thanks to Peter Carmichael and the rest of the CWI staff for all the hard work. I can’t imagine the logistical juggling that takes place beforehand, but they seem to do it so effortlessly and that they do it in the name of history education makes it that much sweeter.

I donned a couple of hats this year. On Sunday I spend 90 minutes with an incredible group of high school students to talk about Civil War memory. We compared and contrasted Lincoln’s Gettysburg Address with that of Wilson’s in 1913 with an eye on how memory evolves. That evening I hosted a small discussion over dinner about about the kidnapping of former slaves and free blacks by Robert E. Lee’s Army of Northern Virginia during the Gettysburg Campaign. We used two chapters from Margaret Creigton’s The Colors of Courage: Gettysburg’s Forgotten History: Immigrants, Women, and African Americans in the Civil War’s Defining Battle

to help frame our discussion. I thoroughly enjoyed our discussion and I want to thank Al Mackey and Mike Rodgers for taking part. Finally, I took part in the final evening’s panel on the war in 1863. The panel also included Scott Hartwig, Robert Sandow, Judkin Browning, Jaime Martinez, Chris Stowe, and Peter Carmichael. It will be broadcast on CSPAN at a later date.

Although not related to the conference, on Monday I filmed a “Civil War In4” video for the Civil War Trust on Civil War memory at “The Angle” on the battlefield. It was an incredibly nerve-wracking experience and I wish the producers all the best as they edit together a coherent narrative.

Nothing has been finalized, but it looks like I will return next year for the War in 1864 to give a talk on the Crater. Hopefully, I will also have another opportunity to work with the students.

Last night after the final session we experienced a very violent wind storm. The photo above was sent to me by Chris Stowe, which shows the iconic 72nd Pennsylvania Monument on the ground. Don’t worry as I suspect the National Park Service will have the grounds looking pristine in time for next week’s festivities. I am happy to report that I will not be attending. Have a wonderful time to those of you who will brave the large crowds.

Next post: Gettysburg 150th Is Not All Reunion and Reconciliation

Previous post: Was the Civil War a Good War?