The Terror of Being Black at Gettysburg 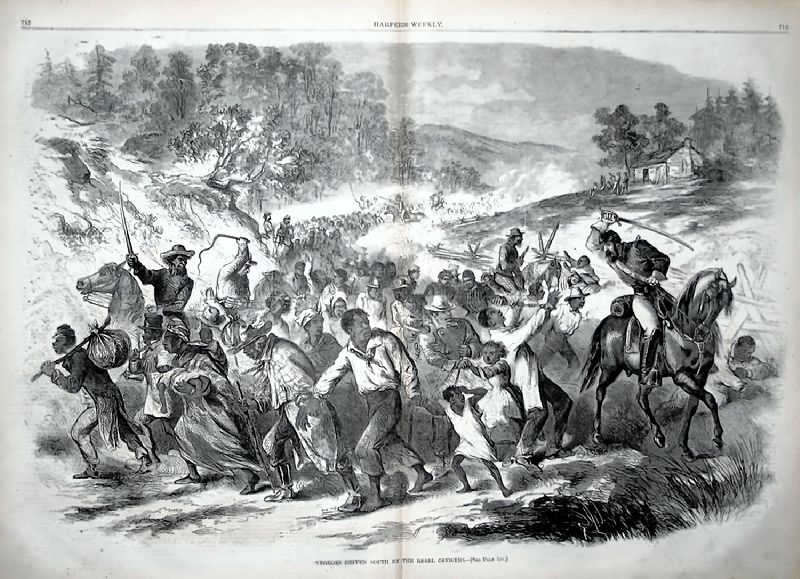 While in Gettysburg last week for the CWI I led a dinner discussion about the effects of the campaign on the region’s black population. We discussed two chapters in Margaret Creighton’s book, The Colors of Courage: Gettysburg’s Forgotten History: Immigrants, Women, and African Americans in the Civil War’s Defining Battle.

It was a really nice discussion so I decided to write up a little something for the History News Network. It’s also encouraging to see that others have touched on it as well on blogs and in newspaper editorials. The stories are powerful, but more importantly, it forces us to step back from our tendency to interpret the battle in isolation from the broader picture. We often get caught up in the details of the unfolding drama and lose sight of the fact that the movement of armies and place of battle mattered to ordinary people in profound ways. Anyway, most of you who read this blog are likely familiar with this story, but if I can offer a slightly different view of the campaign and battle for those new to this history than it will have been worth writing.

On Wednesday July 3, thousands of visitors will congregate near the “copse of trees” on Cemetery Ridge at Gettysburg to commemorate the 150th anniversary of “Pickett’s Charge.” From this position they will be able to imagine the roughly 13,000 Confederates in tight formation, who crossed the deadly field in the face of long-range artillery. Once across the Emmitsburg Road visitors should have little trouble envisioning the deadly effects of short-range canister and the deafening sound of Union rifles. Some will contemplate the tragedy of a war that pitted Americans v. Americans while others will hold tight to thoughts of what might have been before accepting that the charge constituted a decisive Confederate defeat. [Read the rest of the article at HNN]

Next post: A Few Parting Shots at the Gettysburg 150th

Previous post: A Short Chat About Gettysburg on Bloggingheads.tv