The Other Side of the Robert Gould Shaw Memorial 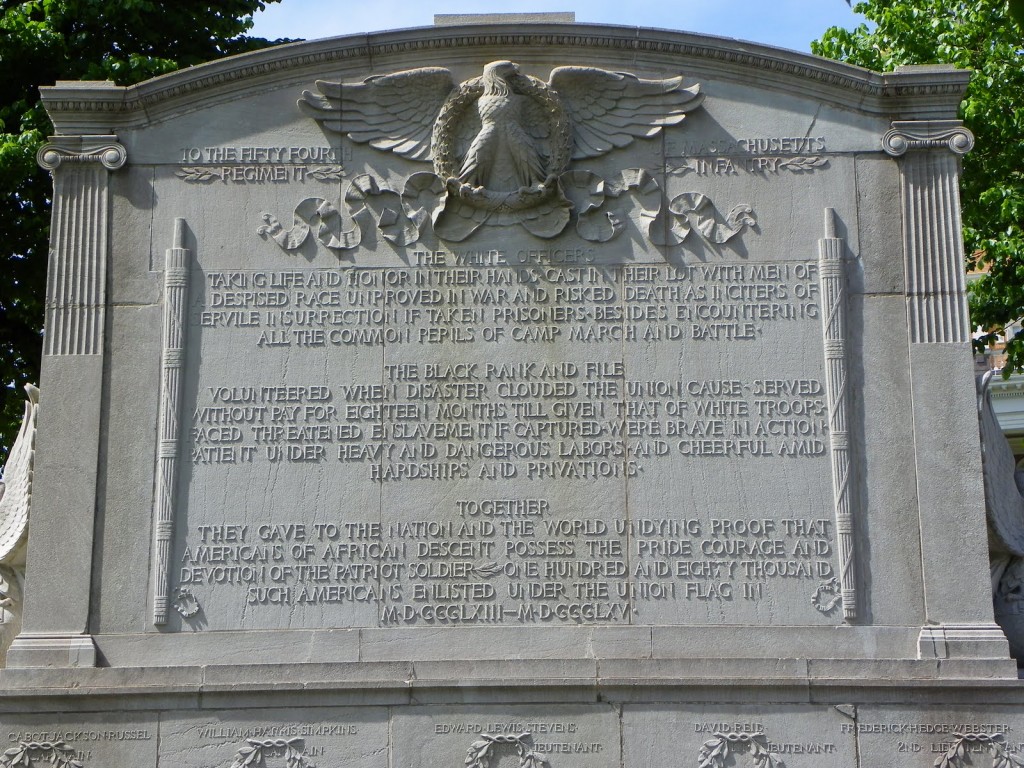 I’ve spent quite a bit of time watching others at the Shaw Memorial. Visitors marvel at Augustus Saint-Gaudens’s beautiful bronze relief of Shaw and his men marching to their glorious deaths outside of Charleston, SC, but few walk down the steps to take a look at the reverse side. They miss a great deal of what gives this beautiful monument its meaning.

Their story is incomplete without an understanding of the potential risks both the white officers and their black enlisted men faced at the hands of Confederates as well as the discriminatory practices of their own government. To claim that these men remained “cheerful amid hardships and privations” is a bit of an exaggeration given that many black units protested (violently in some cases) throughout the pay crisis. At least one man paid with his life after attacking a white officer.

But what I find so interesting is that there is no explicit statement regarding the role these men played in ending slavery. Their contribution was decidedly to the “Union Cause”. Perhaps the monument itself represents emancipation and the destruction of slavery. I would suggest that we use this as an opportunity to remind ourselves that Americans did not necessarily view emancipation as an accomplishment distinct from Union.