How Revolutionary Was Our Second American Revolution? 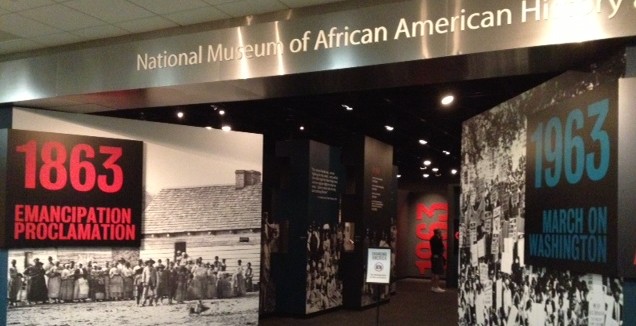 During my last visit to the American History Museum in Washington, D.C. I got to see their Changing America exhibit on the Emancipation Proclamation and March on Washington.  It was predictable from beginning to end. The exhibit was divided between the two key events in an overall narrative that highlighted America’s inevitable embrace of freedom and civil rights. It’s as watered down an exhibit as you can get and no doubt appealed to our sense of ourselves as exceptional and heroic.  Visitors leave the 1863 side with little understanding of Reconstruction and Jim Crow, but with the echo of that overused phrase: “The Promise of Freedom.” It’s a phrase that fits comfortably within an overall narrative that points to the possibilities of freedom in the form of civil rights and an acknowledgment of the sacrifices made by blacks for the preservation of the Union.

But what if we are asking the wrong questions? Or what if the questions we tend to ask regarding what African Americans deserved during the postwar years needs to be posed alongside others? I can’t help but think about this as I make my way through Carole Emberton’s new book, Beyond Redemption: Race, Violence, and the American South after the Civil War. Here are a few of the key concerns she believes animated many Americans, including Republicans, during the immediate postwar years.

Republicans were just as concerned with containing black freedom as they were protecting black lives in the South. The fear of slave rebellion that gripped white Americans for at least two centuries instructed Republican lawmakers that federal intervention in the South was necessary to protect whites as well as blacks. The old specter of Saint-Domingue and more recent reports of violence from Jamaica sparked concerns that the American South also might be on the verge of an uprising. Furthermore, racist ideas about black criminality exploded after emancipation, not only among white Southerners but whites in the North as well, setting the stage for the South’s Redemption in the mid-1870s. By then, events in the former Confederacy seemed to prove that freedom had been the “great crime” that George Fitzhugh claimed.

While the language of redemption helped assuage the grief, uncertainty, and guilt many Americans felt surrounding the war and emancipation, leading lawmakers to pass the nation’s first civil rights legislation, there remained a troubling ambivalence about the growing power of the federal government as well as some uncertainty about ex-slaves’ peaceful incorporation into the nation. A growing concern about reestablishing social order, not only in the South but also throughout the country, cast an ominous cloud over the joyous emancipation celebrations that marked the end of the war. In this context, the idea of redemptive suffering could circumscribe rather than enhance former slaves’ quest for freedom. As the question of what freedpeople were to be redeemed from–white violence or themselves–began to circulate among those in charge of overseeing the transition from slavery to freedom, the prospects for federal intervention to protect freedpeople diminished. Thus, even at the moment when the nation appeared to be most sympathetic to the plight of freedpeople, the process of nation building and the imperatives of economic reconstruction compromised this sympathy. (pp. 34-35)

What I like about this approach is that it recasts the popular history of a victorious North v. a defeated South to that of a nation attempting to deal with the consequences of freedom within a racial culture that had changed little. In fact, I read Emberton as arguing that emancipation and freedom brought assumptions about black violence and white supremacy across the nation into much sharper relief. Such a perspective makes it much easier for me to understand the emotional pleas of Northern Democrats such as Samuel Cox, who worried about the consequences of emancipation in Ohio back in June 1862. More importantly, it offers an alternative framework for understanding the next 100 years of American history and beyond.

Finally, Emberton’s interpretation points to just how appropriate it was that fifty years ago this week the most important civil rights march took place in our nation’s capital and not in the Deep South.

Next post: Massachusetts Veterans Gather at Forbes House in 1924

Previous post: Legacy of the American Civil War at the Library of Virginia