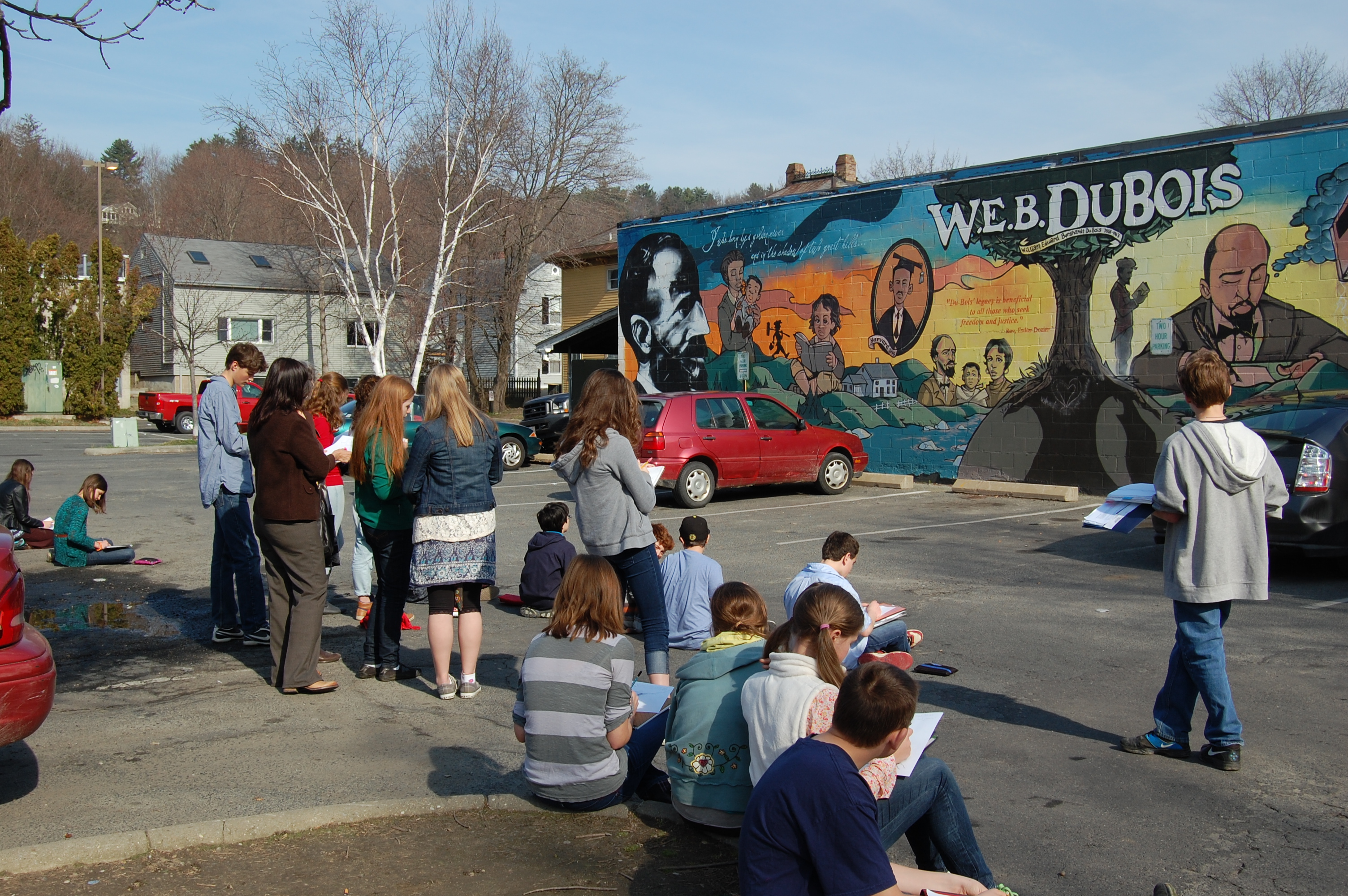 While this week marks the 50th anniversary of the March on Washington it is also the 50th anniversary of the passing of W.E.B. Du Bois. It is unfortunate, though not surprising that he has all but been forgotten to our memory of the long civil rights movement. Was there anyone more important and for such a significant amount of time through the first half of the twentieth century? I make it a point to introduce Du Bois in my classroom every year, usually through one of his essays or a selection from The Souls of Black Folk.

At least he has not been entirely forgotten in his home town of Great Barrington, MA. The photograph above comes from a local eight grade class, which recently spent some time exploring a local public mural done in honor of Du Bois.

Du Bois on Robert E. Lee: ”  “Either [Lee] knew what slavery meant when he helped maim and murder thousands in its defense or he did not” — From an essay on Lee (1928)