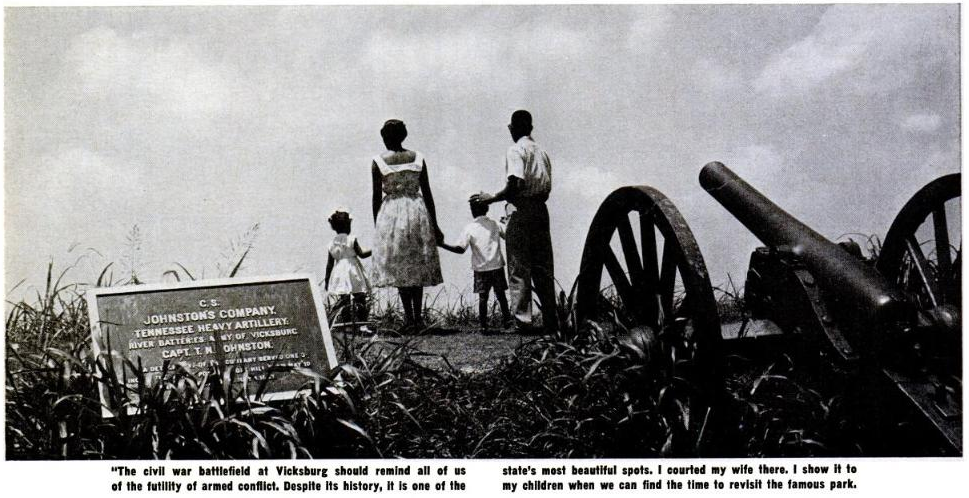 This morning I was perusing through the September 1963 issue of Ebony Magazine and came across this remarkable photograph of Medgar Evers and his family on the Vicksburg battlefield. Apparently, they spent a great deal of time on the battlefield. This particular issue centered on the 100th anniversary of the Emancipation Proclamation, which included a story about Evers on why he chose to live in Mississippi.

Outside Vicksburg, in the national military park, which entombs hundreds of Civil War dead–from Mississippi, Illinois, both sides of the struggle–Evers strolls with sightseers over the bones of the dead, is drawn to “our spot” where he and his wife courted, politely answers the questions of a white man, whose ten gallon hat and deep drawl identify him as one of the “enemy.” (pp. 146-47)