Have You Really Read Battle Cry of Freedom? 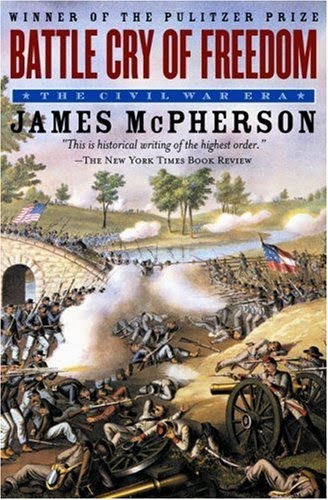 This past week The Daily Beast did an interview with James McPherson to mark the 25th anniversary of the release of Battle Cry of Freedom: The Civil War Era

. As we all know it was a bestseller when it was first published in 1988 and remains the go to book for those looking for a reliable survey of the Civil War Era. That is quite an accomplishment.

While it is likely the single most popular Civil War book published in the past two decades I sometimes wonder how many people, who own it or who throw out the name in polite conversation, have actually read it in its entirety. At just under 900 pages it is quite demanding.

I first purchased the book in 1995. At the time I was just beginning to explore the period and everyone recommended that I start with McPherson.  I don’t mind admitting that I never really got around to reading it in its entirety until I took a graduate school class in historiography in 2004. On numerous occasions I committed myself to reading it only to be distracted by another book or even a shorter McPherson essay that summarized aspects of the larger study. Of course, that did not stop me from recommending the book to others.

Part of why I resisted had to do with the mistaken assumption that Battle Cry is no more than a survey, heavy on narrative and short on analytical rigor. That certainly is not the case.

So, who else is going to come clean?