“There Will Be Confederates in Heaven” 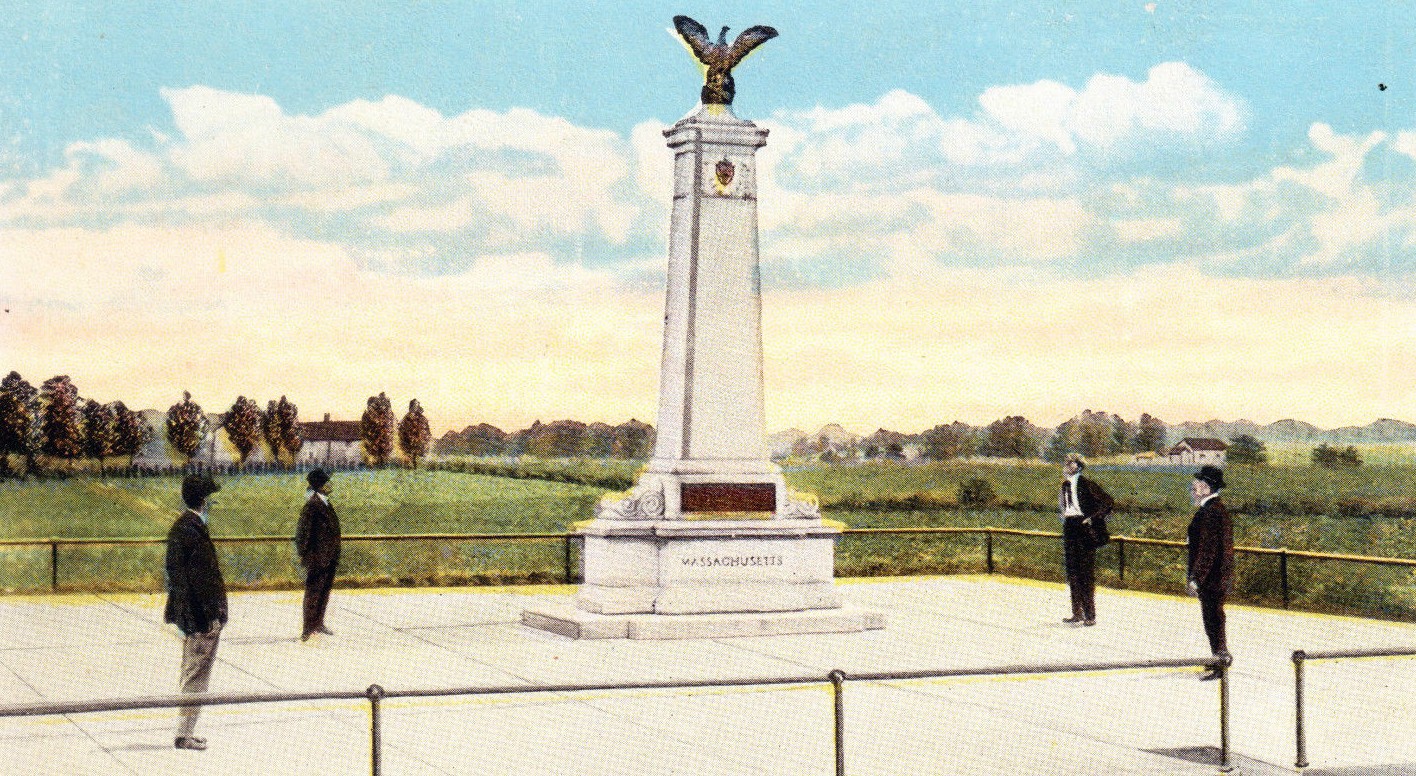 Massachusetts Monument at the Crater

One of the individuals that I am looking forward to learning more about for this new article on the Crater is Colonel James Anderson of Springfield, Massachusetts, who was very active during the postwar period in organizing veterans reunions and monument dedications. His collaboration with George Bernard of the A.P. Hill Camp Confederate Veterans resulted in a visit of Confederate veterans of the battle of the Crater to Springfield in 1910. The following year the residents of Petersburg welcomed the veterans from Massachusetts to the Crater to dedicate a new monument.

During their visit Anderson shared the following story:

On a gala night in the Petersburg armory, when veterans were swapping stories above buried hatchets, Colonel James Anderson, chairman of the Massachusetts Commission, told of the many commendatory letters that had come to him after the visit of the Southern soldiers. But, he added, a lady from Paterson, New Jersey, had written chiding him for permitting a “vile band of Rebels” to walk through the streets of a fair Northern city to the tune of that “rebel song, Dixie.” Colonel Anderson returned the letter to its sender with these words appended: ‘There will be Confederates in Heaven. If you don’t want to associate with Confederates, go to Hell.”

Note: When the Massachusetts monument at the Crater was dedicated in 1911 visitors entered the battlefield from the Jerusalem Plank Road.