Preservation of Historical Memory Runs in the Family 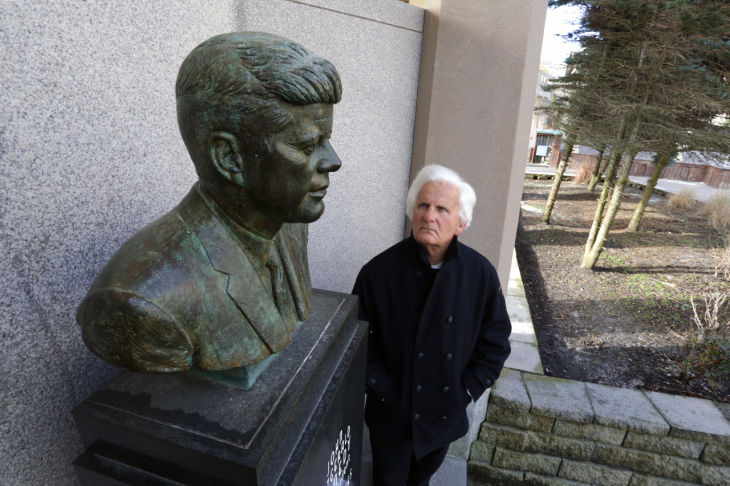 Alan Levin at the Kennedy Plaza on the boardwalk in Atlantic City, New Jersey

Imagine my surprise when I came across this feature story this morning in my hometown newspaper about my own father, whose efforts to preserve John F. Kennedy Plaza on the boardwalk in Atlantic City, New Jersey are finally being acknowledged on this 50th anniversary of the president’s assassination. My father loves this site for reasons mentioned in the article.

First thing you need to know about my father is that he is a passionate runner. When we lived along the shore my father was one of the more visible runners on the boardwalk. Everyone knew my dad. His regular route typically took him from our house in Ventnor up to the boardwalk and into Atlantic City. Whenever I accompanied him we almost always stopped for a few minutes at the plaza.

My father was relentless in working toward the preservation of the site. More than anything else it offered a quiet place of reflection in a city that lost its moorings once gambling came to town.

My father has had a profound influence on my life and today I couldn’t be prouder. Yep, preservation of historic sites runs in the family.

Next post: The Civil War Monitor’s Best Books of 2013

Previous post: Interpreting the Civil War on the Eve of the Centennial