When In Doubt, Bring in H.K. Edgerton

Update: More details are emerging about this meeting: “Passions ran high, at one point erupting in a spontaneous chorus of “Dixie” led by a black man, H.K. Edgerton, who called Union soldiers rapists and wielded his large Confederate flag like a conductor’s baton as the audience sang.” Oh, brother. 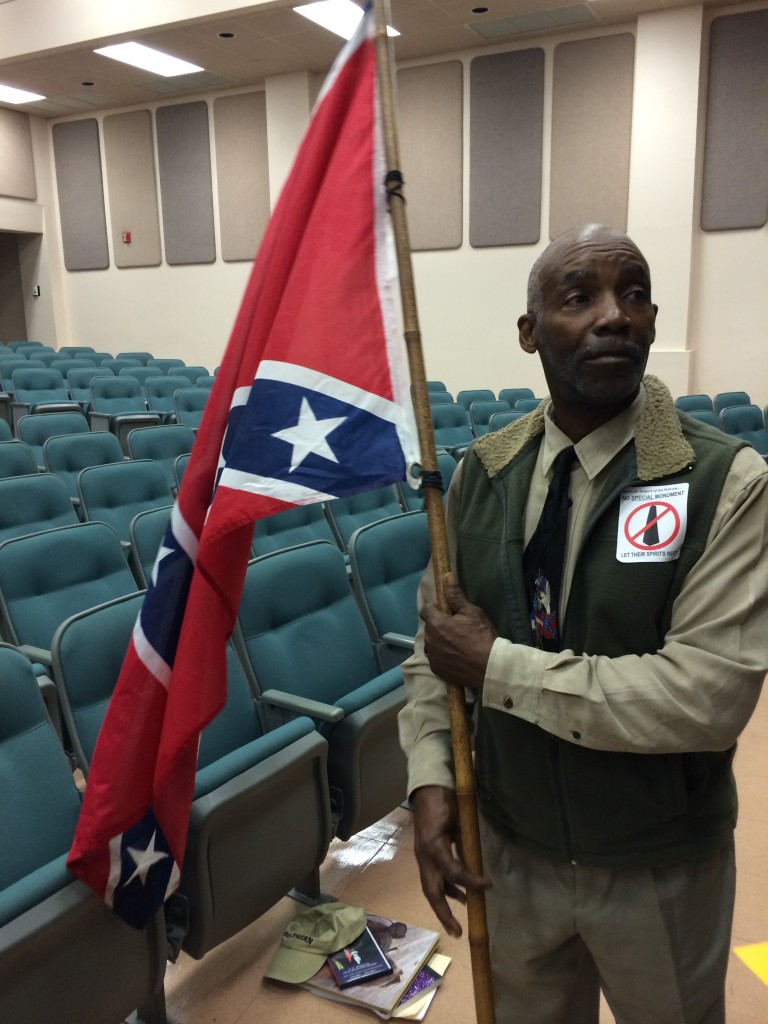 The Florida Department of Environmental Protection held a meeting last night on a proposal to add a monument to Union soldiers on the Olustee Battlefield Historic State Park.  This story has been in the news for some time, but it’s still not clear to me why there is an issue with adding a monument to a battlefield. Most monument controversies are about their removal.

Speaking out against the addition of the monument, along with the Sons of Confederate Veterans, was none other than H.K. Edgerton, who we haven’t heard much from of late.

“There is no place in the south land of America to memorialize Yankee soldiers,” Edgerton said. “This is an army that came here raping, robbing, stealing, killing and murdering our people. The kinds of things that happened here under the sanction of Abraham Lincoln were for these men to commit total warfare against innocent men, women and children who could not defend themselves.”

What the commission made of a black man carrying a Confederate flag is anyone’s guess. Probably a good thing H.K. didn’t show up in full uniform.