The Civil War Trust has posted a nice little graphic that highlights the importance of slavery in the “Declaration of Causes” issued by four states in the Deep South that seceded in the wake of Abraham Lincoln’s election. The graphs break down the frequency of references to slavery, states’ rights, Lincoln, etc. in these documents. It will work well in the classroom, but it is somewhat deceiving.

Any proper analysis of the secession of the Deep Southern states must explore the extent to which references to Lincoln, states’ rights and other economic concerns connected to slavery. These are not alternative explanations for secession; rather, they flesh out the importance and place of slavery in these states. 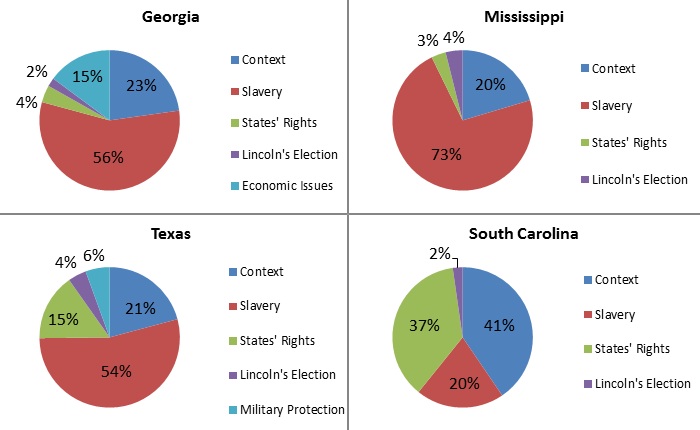