“To Pause And Remember All They Gave”

Note: This post is for my friend, Patrick Young, who constantly reminds me that for most everything I write about on this site there is an immigrants’ perspective. Thanks, Pat. 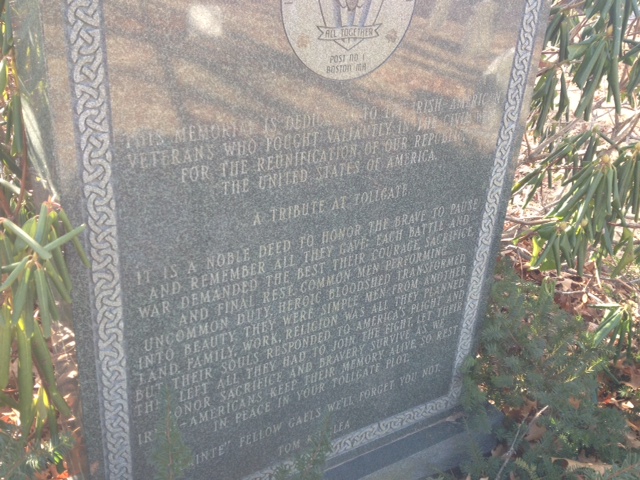 Yesterday morning I took a slightly different jogging route through my neighborhood and stumbled on a small neglected cemetery. The Toll Gate Cemetery is located just off Hyde Park Avenue, just a block from the Forrest Hills T Station in Jamaica Plain. It is nestled between the street and tracks and is very easy to miss. Since I can’t resist old cemeteries I decided to check it out hoping that I might stumble on a few Civil War soldiers. I did.

As the article linked to above indicates the cemetery serves as the final resting place primarily for local Irish residents and a few German Catholics. Forrest Hills Cemetery is just a stones throw away and Catholics are interred there, but there is some evidence that a separate burial plot was desired by the Diocese.  At the center is a monument to Irish Americans who fought and died in the Civil War, which was dedicated in 2000. Around this marker lay the remains of five soldiers. 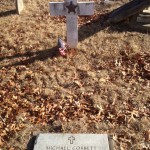 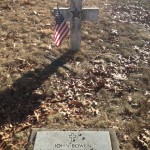 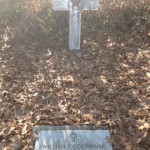 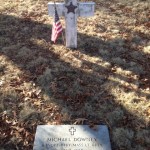 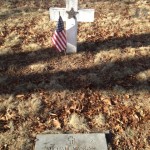 It is clear that this cemetery does not see much traffic. With that in mind I think it is appropriate to begin the new year with a post that reflects the central theme of this blog.