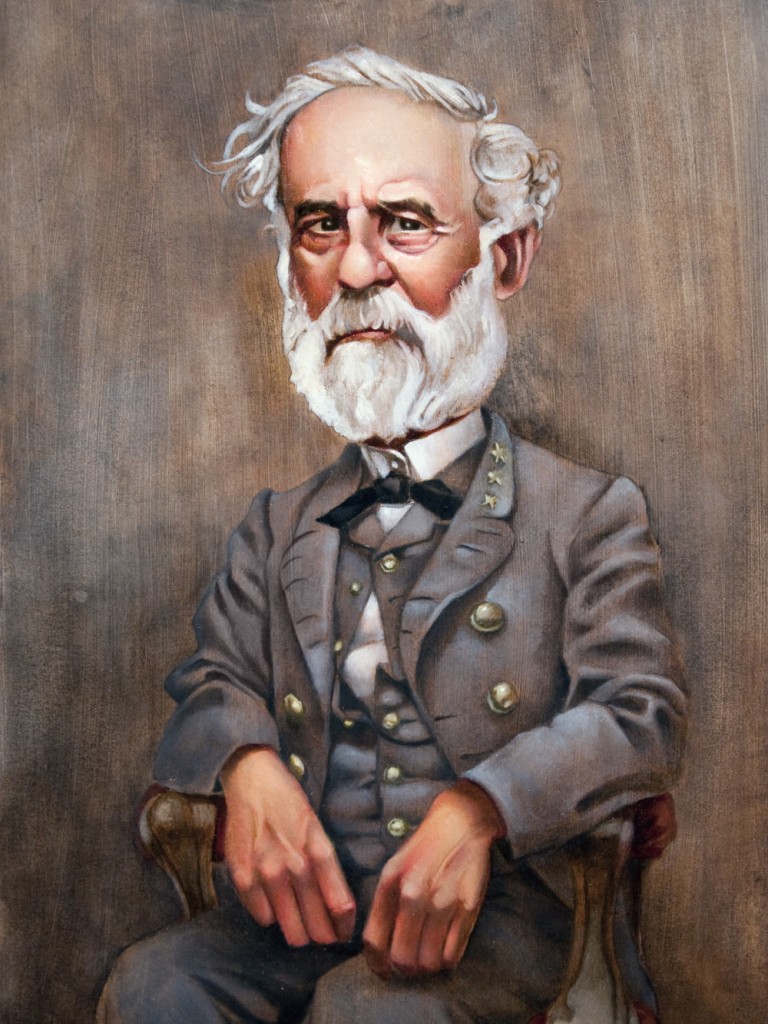 Spent a few hours earlier today at the Massachusetts Historical Society looking at letters and diaries of Northern soldiers who fought at the Crater. As happens so often during the research process what turned out to be the most interesting discovery was unrelated to my immediate project. After reading his wartime letters I decided to go through the G.A.R. materials in the William M. Olin collection. Included is the John E. Gilman Camp’s Record Book that Olin joined after the war.

I don’t have any information on the backstory, but apparently in 1936 the Massachusetts Institute of Technology accepted a portrait of Robert E. Lee. This did not sit well with the veterans in the Gilman Camp and I suspect they were not alone.

Here are the relevant minutes from the meeting.

New Business: Resolve, the action of the Mass Inst of Technology in accepting the portrait of Robt E. Lee is a distinctly un-patriotic act, it is the portrait of a traitor who stood to sacrifice the Union for the barbaric system of slavery, the resolve was noted and carried.

Over the course of the next few weeks camp members had a change of heart.

New Business: It is voted that the resolution adopted by this Camp at its last meeting on Jan 21, 1936 protesting against the accepting of a portrait of Robt E. Lee by the Mass Inst of Technology and terming such acceptance a distinctly unpatriotic act be entirely rescinded. That after due reflection and reconsideration it is the feeling of this Camp that the act of the Inst of Tech, in accepting the portrait was intended as a recognition of the healing of the wounds and scars left by the Civil War and the Completeness of the reuniting of the two sections of this great Country and was therefore a most meritorious act.

Next post: Interpreting the White Scapegoating of the 4th Division at the Crater

Previous post: The G.A.R. and Memory of Union in Lynn