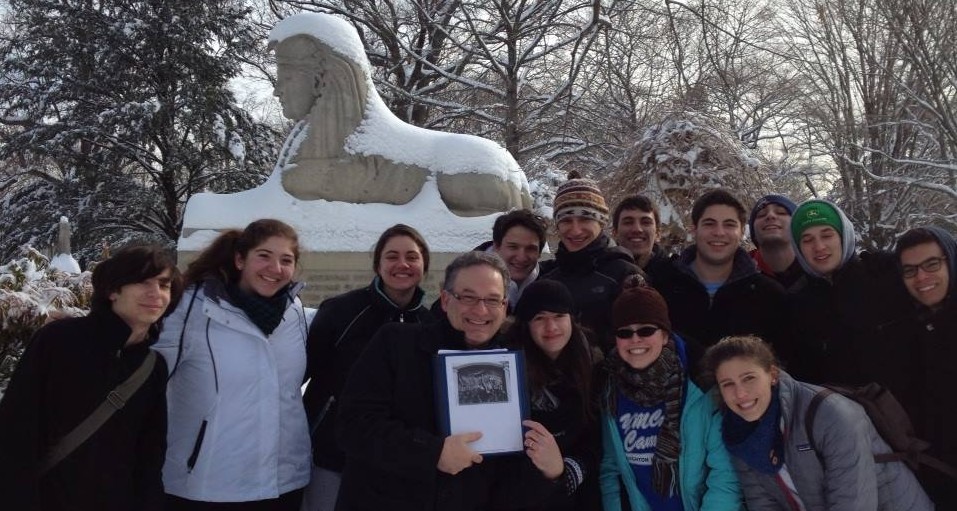 In response to the tour of Boston’s Civil War monuments that I took with my class last Thursday, I asked them to take some time and write up a short reflection about their experience. Overall, the short essays are very reflective and in some cases quite surprising in terms of what they came away with. Here is one example.

The field trip we took through Boston last week transformed my view of how the North, and specifically Boston, commemorated the Civil War. I hadn’t fully realized before this how prominent memories of the Civil War were and were aimed to be, through the monuments, in the few decades after. The monuments, I realized through looking at them, were supposed to be seen on a regular basis by people walking by, so that the Civil War still filled the consciousness of Boston and the North. It seems to me that the commemorators wanted this for two reasons: 1. They wanted to commemorate the people who died, and 2. The monuments could garner support for the causes of the war and for unity. And they could justify the war in a way, making the deaths of the soldiers seem noble and pulling Boston together under a mindset of unity and American pride. I was surprised that there were actually multiple monuments commemorating blacks and women who served in the war. I’ll discuss my favorite three monuments: the sphinx, Harvard’s Memorial Hall, and the Shaw Memorial.

The memorials in the cemetery were very beautiful, evidently creating the atmosphere of life – the deceased’s spirits living on – even after death. This was important specifically after the Civil War as they wanted Northern spirit and pride to live on, and this is always easier to accomplish when being shown examples of martyrs for the cause. The sphinx was in my opinion the most interesting monument we saw during the trip. The paradoxes created that uniqueness. The inscription on the monument and the figure itself represented a newfound unity in the nation that became possible because of the North’s victory. On the other hand, there is still racial  and gender tension present in the statue. The body is of a lion, an animal from Africa, and therefore it could represent the black force in America. The issue is that because the head has white features, the monument, whether this was deliberate or not, seems to enforce some notion that whites are the leaders and the brains of America, while blacks are more militant, primitive, and have a more physical role as laborers in America. The face also has feminine features, suggesting a peace and justice that women often represented. Perhaps it was also commemorating their role in the war.

Harvard’s Memorial Hall was beautiful. I’m a bit ambivalent about their decision to have only honored the students and alumni who died fighting for the Union and not the ones fighting for the Confederacy. However, it was obvious that the way they created the commemoration was so that people would often walk by and therefore have the Civil War be active in their consciousness. The beauty of the stained glass and of the room and plaques in general seemed to be an effort to somehow put a more definite, fateful, and Divine spin on the Civil War. One issue that many people faced after the war was a sense of what really was I fighting for? which can be evident even now, as there is a debate as to what exactly was the cause of the war. So making it seem like the Union’s ideals, causes for war, and soldiers all embodied the Latin words on the stained glass like virtue, honor, etc., and the beauty and upward-orientations of the hall created an atmosphere of definiteness and honor in a time of ambivalence about the war and its causes.

The Shaw Memorial was special because it is the only one we saw that vividly and directly memorialized the fallen black soldiers. I was impressed that the black soldiers in the statue had faces carved just as vividly as Shaw’s face. And it was important that the memorial talked about how the black soldiers were treated badly as soldiers, when the only enemy they have should have been facing was external.