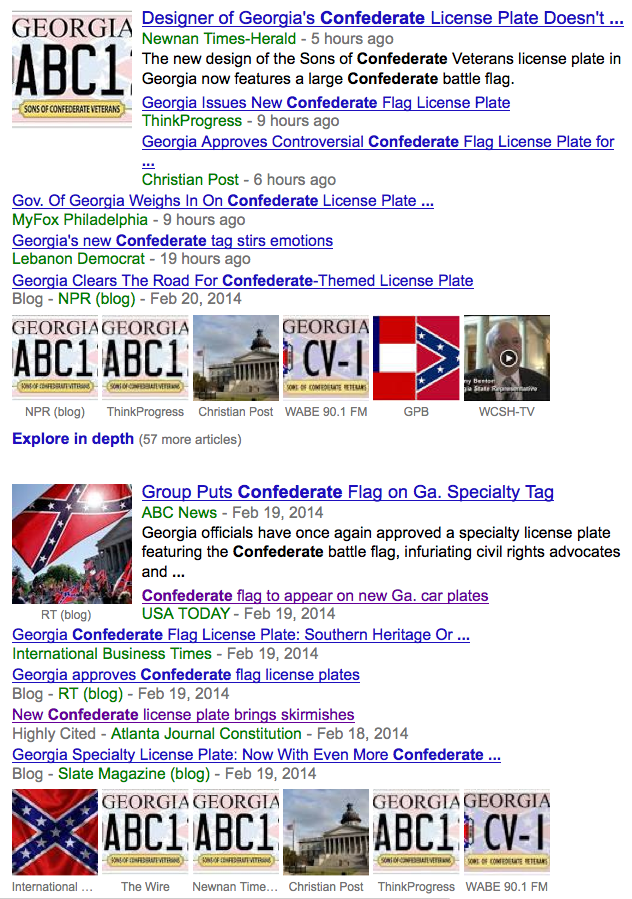 My news feed has been monopolized over the past few days by two stories. The first surrounds a re-designed vanity plat sponsored by the Georgia Division, Sons of Confederate Veterans that features a more prominent Confederate flag. The second is a more disturbing story out of Ole Miss. Authorities are are looking for and hoping to question two students and possibly a third in the connection with a noose and Georgia state flag that were draped over a statue of James Meredith earlier this week.

So, is there a connection between these two stories?

All three students are 19-year-old freshmen from Georgia, the school said. They were supposed to meet with the university police Thursday morning but did not show up, according to the school. On Thursday night, they declined through their attorneys to speak with university police without an arrest warrant.

Ole Miss said it could not release the names of the students unless charges are filed. In the statement, the university’s chief of police and general counsel said they believe there is sufficient evidence to bring criminal charges against the suspects….

Previous post: What Budweiser Does to Civil War Memory