Pic of the Day

This week the physical process of changing the name of Nathan Bedford Forrest to Westside High School began in Jacksonville, Florida. 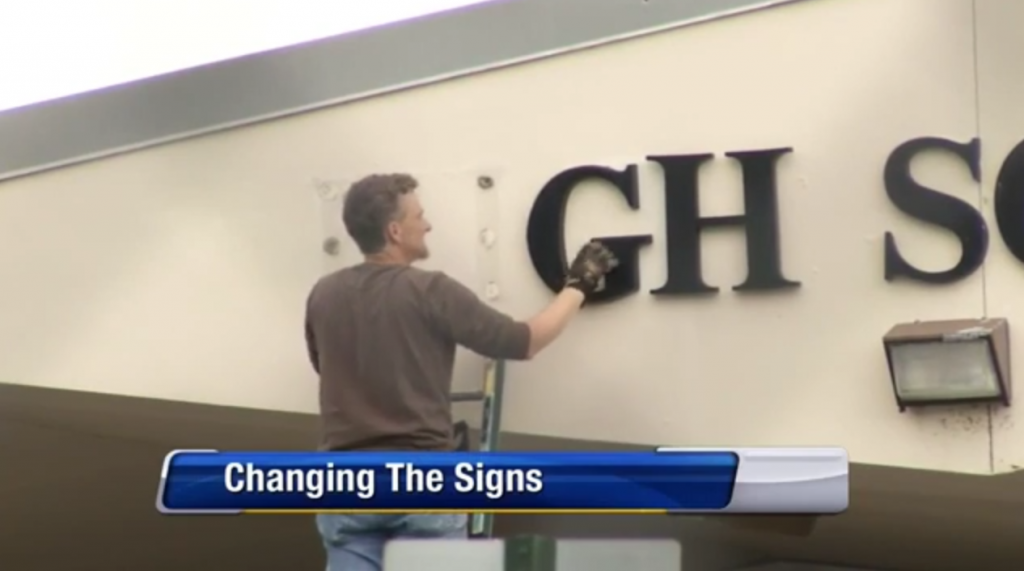 Previous post: Have You Seen This Virginia Flagger Cap?