“The Lingering Stain of Slavery” 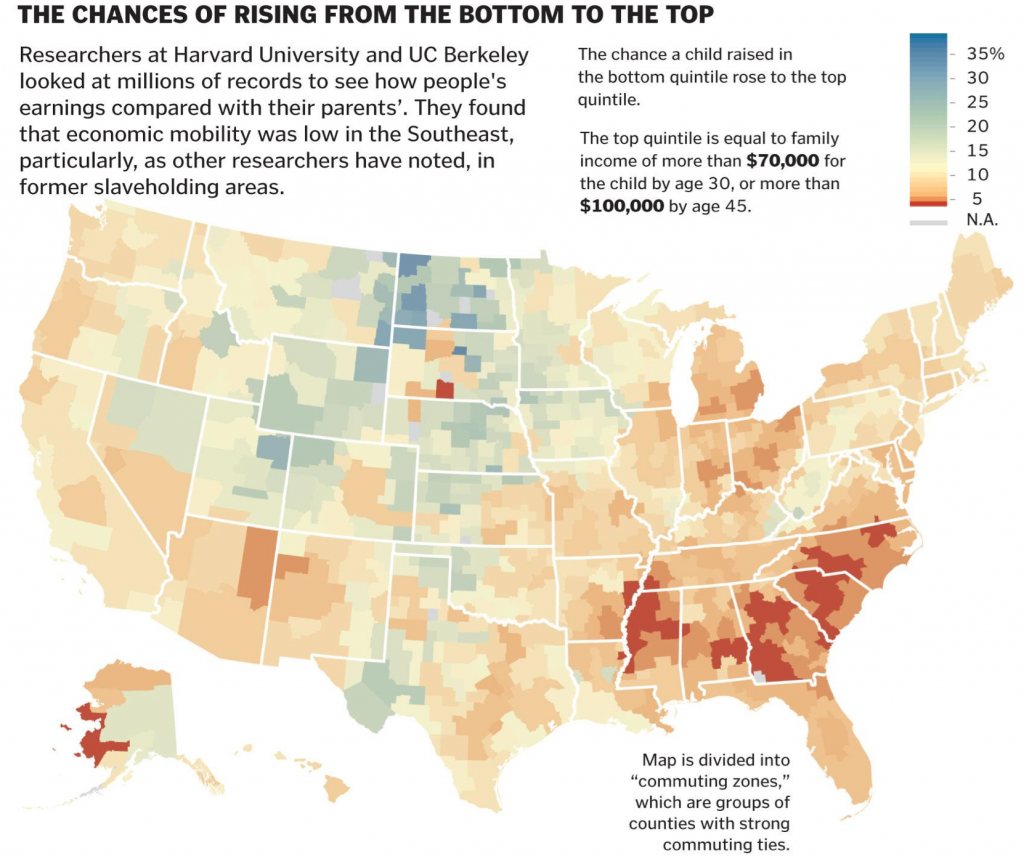 As the illuminating map generated by that study shows, children born in some regions—Salt Lake City and San Jose, Calif., for example—have a reasonable shot of moving up the social ladder. By contrast, many parts of the former Confederacy, it seems, are now the places where the American dream goes to die.

Why is that true? At first blush, you might guess race could explain the variation. When the study’s authors crunched the data, they found that the larger the black population in any given county, the lower the overall social mobility. But there was more to the story than blacks unable to break the cycle of poverty. In a passing comment, Chetty and his co-authors observed that “both blacks and whites living in areas with large African-American populations have lower rates of upward income mobility.” Far from being divergent, the fates of poor blacks and poor whites in these regions are curiously, inextricably, intertwined.