Here is an interesting little find from Slate’s history blog. In 1862 the Philadelphia publishing company Charlton and Althrop released this board game to promote patriotism and Union throughout the North. You advance on the board by landing on spaces that support the Union cause and lose ground by landing on spaces that threaten it. Some of them are quite humorous, but consider the execution of an identified Union soldier as an example of the latter. Serious stuff. 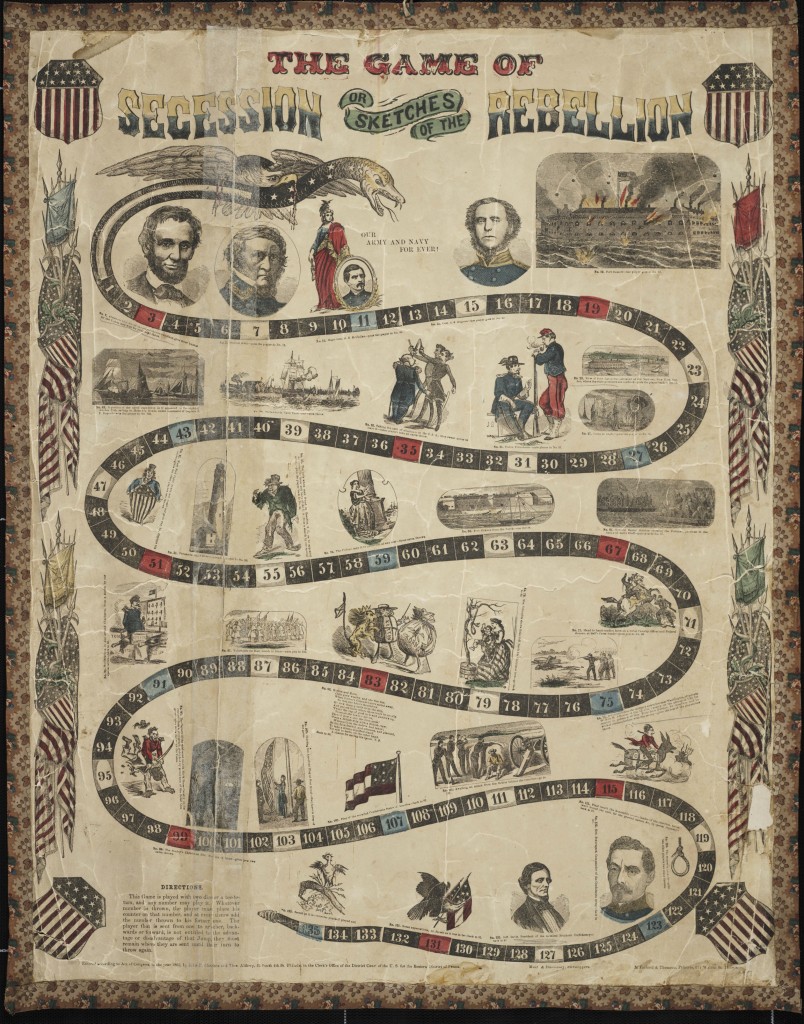