A Reconstruction Milestone That Went Unnoticed 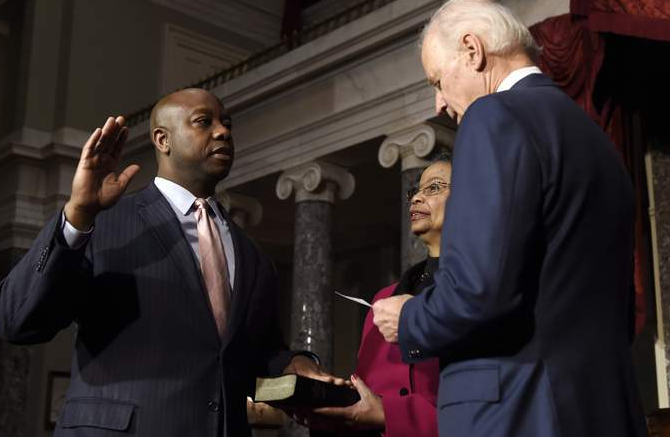 Tim Scott was sworn in today as the newest Senator from the state of South Carolina. That’s not such a big deal until we add in the fact that he is the first African American since Reconstruction to be elected to the Senate from a former Confederate state. I’ve been surprised by how little this fact has been referenced since his election among my “friends” on Facebook and Twitter.

Could it be the fact that Scott is a Republican?