Remembering the “Men of God” in Sherman’s Army 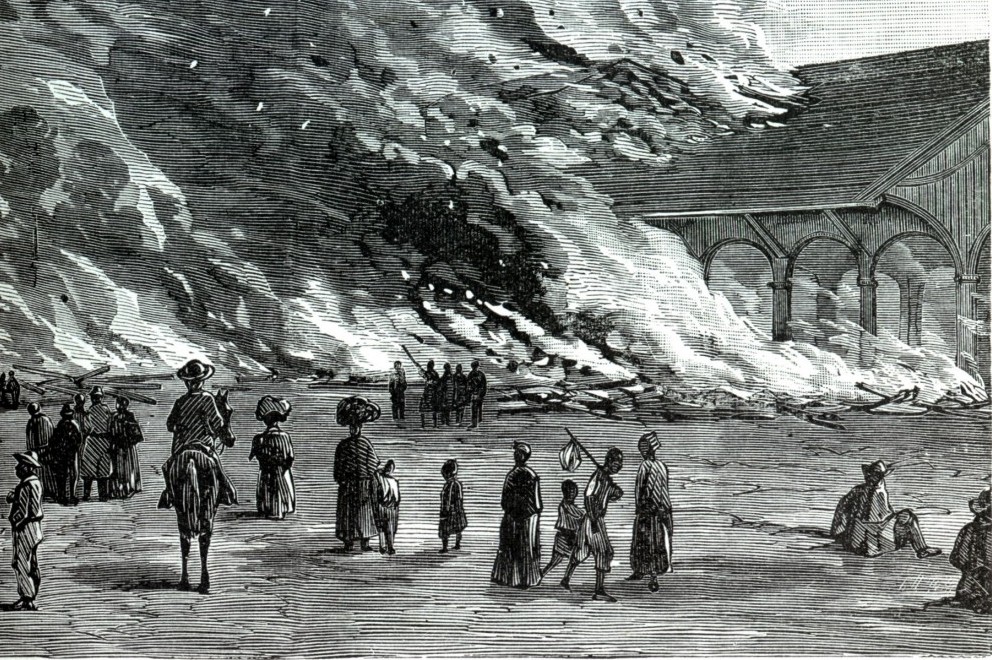 This afternoon I was notified about another Kickstarter campaign, this one from the good folks at the National Civil War Chaplains Museum at Liberty University in Lynchburg, Virginia. They are hoping to raise $10,000 to preserve a flag connected with Sherman’s Army.

We are raising funds to purchase the only known existing U.S. Christian Commission banner which was with General Sherman’s Georgia campaign. Most notably, it was with him at his famous “March to the Sea” in the late summer and early fall of 1864. It also was displayed at both City Point and later Richmond during the spring of 1865. The funds raised will also be used to mount and frame the banner to preserve it for display as part of the Chaplain Museum’s “Climax of the War: The US Christian Commission and the Appomattox Campaign in the Spring of 1865” exhibit which is set to open in early March of 2015 as part of the US Sesquicentennial Commemoration of the Civil War.

It’s a worthy project if ever there was one, but does it have any chance of succeeding?

Consider the way in which the project frames the legacy of these men:

Theirs is a legacy that will surely continue to inspire all those who hear their stories. Help us honor the men of God that went to war, not to bear arms, but to bear the weight of the common soldier’s burdens at a time when they needed it the most.

Now, apart from some confusion in regard to why men “went to war” I have to admit that I am left wondering who is going to contribute to this campaign. More to the point, how is a museum that is closely linked to a conservative Virginia university going to convince donors to help preserve a religious artifact associated with Sherman’s March?

I may be completely off base here, but given popular memory of Sherman’s March, which struggles at times to break out of a naive characterization as barbaric, who within the museum’s community is likely to find this flag worthy of preservation?

What kind of people who might be enticed to donate in exchange for a print of Robert E. Lee and his family or a book that characterizes Stonewall Jackson as the “black man’s friend” will be willing to take action? I guess I am doubtful, but I would love to be proven wrong.