Well, not exactly, but John Paul Strain’s latest effort at realism is the next best thing for those people upset with the recent removal of Confederate flags from the chapel room. It’s a curious print and while it may do well within a certain community Strain’s choices distorts the history and identity of Lee Chapel. 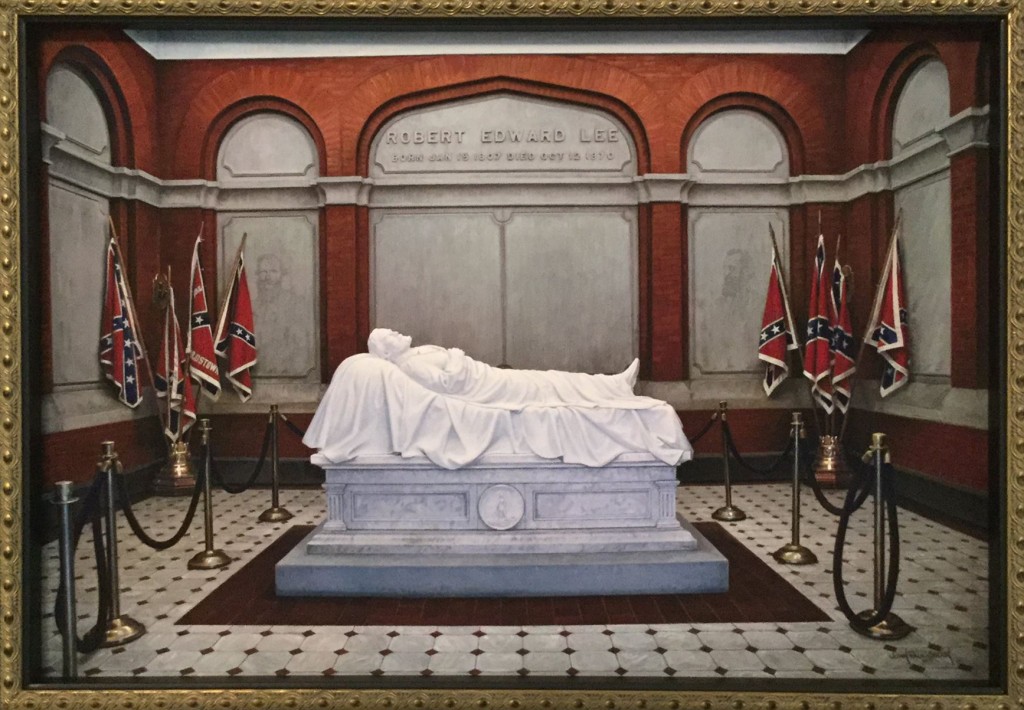 Yes, Edward Valentine’s beautiful marble recumbent statue depicts Lee in his military uniform, but as far as I know there are no other symbols of the former Confederacy present when the room was first dedicated. More problematic, however, is the addition of images of Stuart and Jackson on the rear panels. Strain makes it appear that their images have been etched into the panels, but as many of you know, they are in fact clear.

Lee’s burial site was not intended to be a Lost Cause shrine to the Confederacy and the flags that adorned the space, before they were removed last year, only arrived in the 1930s. In my mind the attempt at realism with the addition of Stuart and Jackson does a disservice to the purpose of the space and perhaps even the way Lee wanted to be remembered.