‘Every Student Her Own Historian’ 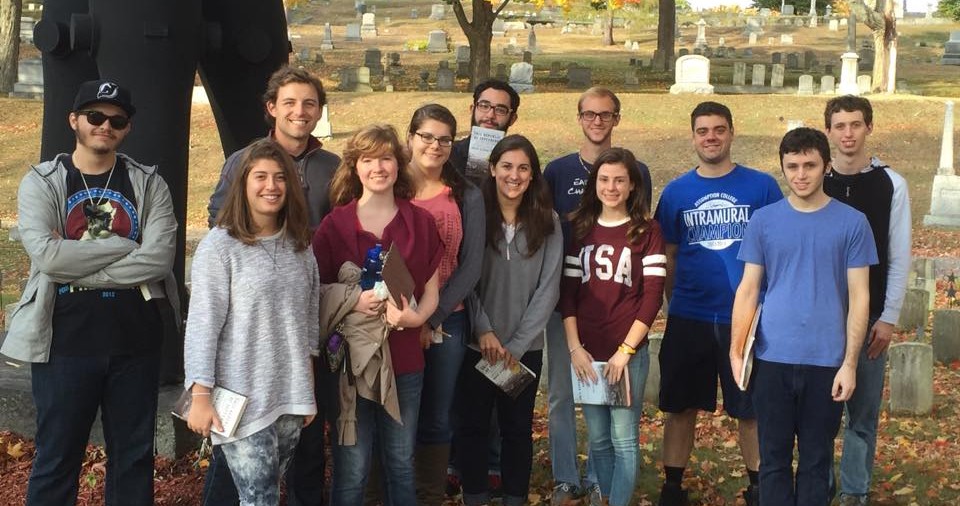 It’s hard to believe that my American Studies Seminar at the American Antiquarian Society has come to an end. I first want to thank Paul Erickson for the invitation to teach the seminar. The invitation was both a surprise and an honor. The class could not have been possible without the assistance of Marie Lamoureux and the rest of the curators, who graciously gave of their time each week to talk with my students about the different areas of the AAS’s archival holdings.

Finally, I want to thank my students. It was a pleasure to be able to work with twelve smart and motivated students with very different backgrounds and majors. They came to class each week having done the required reading and prepared to engage in serious discussion with their peers. I would be perfectly willing to continue this seminar for another semester.

The seminar reaffirmed my conviction that research must be given priority in the history classroom. Whether it is through digital collections or in a reading room there is nothing more rewarding and beneficial than sitting in front of a historical document with a question(s) that over time begins to evolve into an interpretation. In those moments students are doing history.

They also learned to appreciate just how difficult an analytical essay based primarily on primary sources is to produce. Each week we discussed one of seven scholarly studies of the war. Students focused on pinning down the arguments made by each historian and the kinds of evidence used to support its interpretation. With each week they became more adept at being able to pinpoint and evaluate the author’s thesis. I made a conscious effort to include a range of different subjects and styles of writing in my reading list, but for a number of reasons I held back on overly analytical studies.  That turned out to be a mistake. Students preferred the more analytical studies. In fact, the most interesting discussion centered around Judith Giesberg’s book, Army at Home: Women and the Civil War on the Northern Home Front.

I wanted my students to understand that this is the same process that they were expected to practice, albeit in a much more condensed form. For some it was and continues to be (as they put the final touches on their essays) a challenging process. I am sure a few of them are still throwing darts at photo of me on their dorm wall given the number of comments and questions left on rough drafts asking them to clarify a sentence or even an individual word.

To top it all off, over the past two weeks students presented their research in front of an audience made up of AAS staff, research fellows and visitors from their respective schools. I admit to having been a little nervous for them, but the group did an outstanding job of sharing their work and fielding some very difficult questions.

So, what did they research?

Final drafts will be bound and placed in the permanent collection of the AAS for future scholars.

Leave a Reply to MSBCancel reply